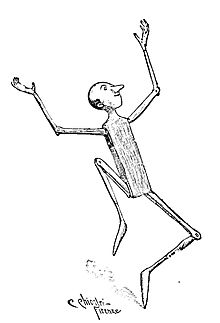 Wooden-headedness, also known as stubbornness, can be seen as both as an asset and problem in history. Persistence, even in the face of failure, often leads to new discoveries and victories. Other times, however, it can result in an even worse defeat than before.  Throughout our country, wooden-headedness plagues our day to day decisions economically, socially, and historically by blinding our judgement with pride.

Wooden-headedness influences decisions by preying on pride. A common example of this is the game of truth or dare. For most players, the most logical choice would be “truth”, because it would be easy to lie about and fake. The “dare”, however, is done in front of everyone else and cannot be lied about. Some still choose it from a combination of pride and stubbornness. If they chose to speak the truth, there would be a possibility of their friends calling them derogatory terms such as chicken because they weren’t “brave” enough to go for the dare. Their pride ends up making them go for the challenge. Stubbornness that affects decisions doesn’t just happen in games. For example, in school, class projects have the same effect on some students. At the beginning of the assignment, “don’t procrastinate on the assignment” will almost always be said. The night before the project is due, there will always be one student staying up until 4 out of stubborness. Though student know the project can’t be done in a night’s work, some still try to finish it in order to prove the teacher wrong.

Many important inventions and discoveries were a result of wooden headedness. The light bulb, the printer, and the taco all exist today because of stubborness. For example, a famous quote from Thomas Edison , the inventor of the light bulb, was, “I have not failed, I’ve just found one thousand ways that don’t work”. While Edison might be well-known for the invention of the light bulb, he just as well known for his persistence during the process.

It took him hundreds of tries, but even then he didn’t give up. Edison’s  stubbornness kept him going, even when his experiments exploded in his face or when his eyes were heavy with exhaustion. Without his efforts, or if he had given up, there might not be light bulbs today. We’d still be writing up essays in the dark, slaving away over a hot, stinky candle. Many inventors’ positive usage of wooden-headedness, through persistence, has resulted in the universal usage of modern technology.

Wooden-headedness also can lead to downfalls, which has been shown many times throughout history. Many of the world’s greatest conquerors, such as Napoleon and Hitler, have met their downfall from stubbornness. Napoleon and Hitler had captured miles of territory for their countries, yet they wanted more.  Both set their sights on Russia, and during the winter, sent out thousands of troops to capture the land. Despite freezing cold weather and food shortages, neither one backed down and forced their soldiers to continue trekking through the harsh wilderness in order to continue their chain of success. Napoleon and Hitler both knew about the risks and difficulties, yet their stubbornness and ego forced them to continue the advance, losing thousands of soldiers in the process.

Previous 5 Environmental Resolutions for 2020
Next School Projects: Are They Worth It?