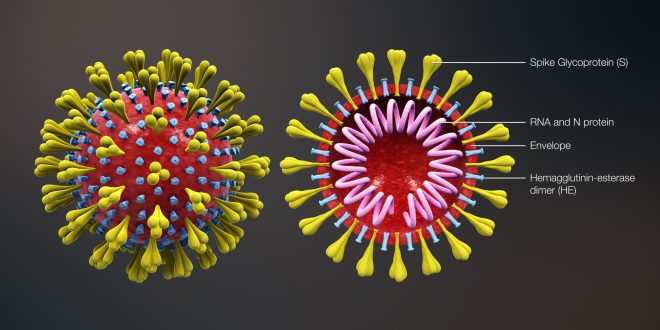 In late December, a mysterious disease similar broke out among workers at the Huanan Seafood market in Wuhan. A few days later, it was named 2019-nCoV by Chinese researchers. 2019-nCoV is a coronavirus, named for the crown-like spikes covering its surface.

In 2003, SARS, another member of the coronavirus family, spread in China. SARS infected around 8,000 people and killed around 800. As of February 1st, 2020, this new coronavirus is already larger than SARS and has infected an estimated 14,000 in 25 countries and killed 300.

It was originally believed that this virus originated in snakes that were being traded at the seafood market, but a research paper from a team at the Wuhan Institute for Virology better suggests that it originated in bats as SARS did.

Many countries, including the U.S., have imposed travel restrictions on China. Airports around the world are also screening arrivals from China for the virus. 60 million people living in Chinese cities are currently under lockdown.

As international travel to China dwindles and the coronavirus grows exponentially, an end to this outbreak is not yet in sight.

Previous School Projects: Are They Worth It?
Next Comforting Others