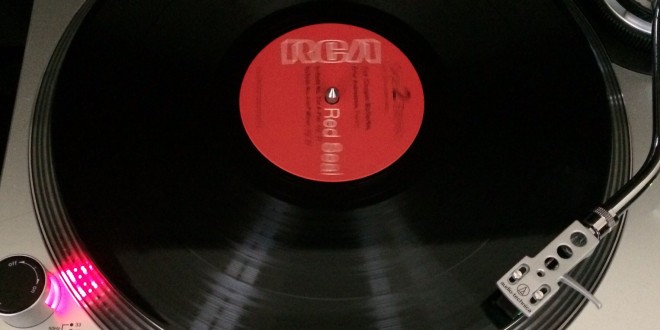 The Resurgence of Vinyl Records

Have you ever heard of vinyl record? For people who were born after 1980s they may hardly hear it and see it. It was dominate music industry from 1930s to 1980s. Record companies like Columbia, EMI, RCA Philips and DG (Deutsche Grammophon) were major record companies which made huge excellent records with world best performers and orchestras. During the “golden era of recording”, which referred to the 1950s-1980s, those companies dominated the recording and music industry.  Compact discs (CD) were released in the market in 1982 and they quickly dominated the music market due to their good sound quality, greater capacity, and easiness to play. As a result, music companies stopped releasing new vinyl records in the beginning of the 1990s.

However, many music lovers, especially classical music lovers, still prefer listening to vinyl records because their analogue style gives a “warmer” sound compared to that of the CD. And they sound way better than MP3, for sure. Therefore, since 2009, vinyl record sales have been increasing swiftly. There was 9.3 million records sold in the USA in 2014, a 260% increase compared to 2009. More and more young people are also joining the listeners of vinyl records. Most records in the market are at least 30 years old. Some companies are starting to reissue newly pressed records in order to meet the market demand. However, the price of new vinyl records are quite high, around 20 to 40 dollars. Therefore, if you’re looking to save money, try finding a used record with excellent condition.

For me, looking for good vinyl records is very enjoyable, especially when I find a rare record with a decent price and excellent artwork. The cover design of records is also an attractive characteristic to look for. Record companies hire artists to design the cover, and some covers are often like a nice painting.