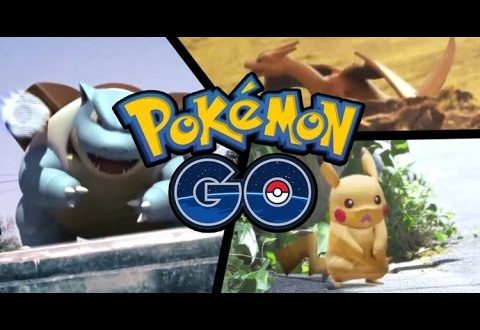 Pokemon Go On The Go!

“Gotta catch ‘em all” is not just the catch phrase of an anime anymore but instead it is something people are saying a lot now in real life because of the huge Pokemon sensation known as Pokemon Go. But what makes Pokemon Go such a huge success?

For the few of you reading this who might not know what Pokemon Go is, Pokemon Go is a game that allows you to walk around and actually catch Pokemon through augmented reality. The towns are indicated by gyms and big clusters of poke-stops where Pokemon are abundant. And with the GPS feature, the different regions in the real world have different types of Pokemon; it makes it seem so real! I have seen my mom and many other people get pretty addicted in about 30 minutes. Is it the feeling of collecting the Pokemon? Good gameplay? Or something deeper?

Well if you think about it, a lot of children and young adults grew up surrounded by Pokemon. Think back to when the card game was new. It exploded in a few days and now with Pokemon Go, Niantic basically did the same thing. They took the old Pokemon game and refined it, and kids that have grown up around Pokemon surely have dreamed of being a Pokemon trainer. How do I know this? Well call me a weirdo if you’d like but just watching a little bit of the first season of Pokemon (indigo league) and I am hooked.  Now with Pokemon Go you actually get to live your dream: walking around and tracking Pokemon down in the real world; that’s what makes it feel so exhilarating!

Previous Not Giving A Dam!
Next Night Gala on the Playground