Home / Lifestyle / No, Really, What is Music? 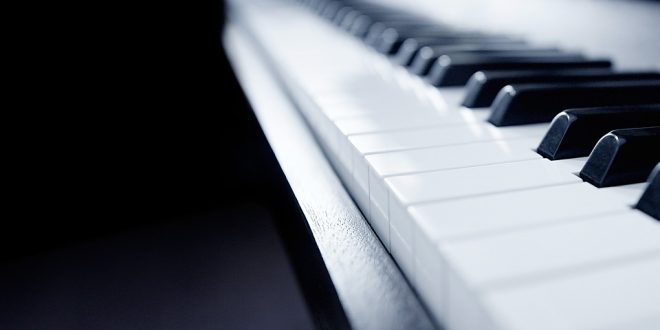 No, Really, What is Music?

No, Really, What is Music?

Attempting to define music brings us into complex, philosophical debates that present multiple conflicting ideas about the nature of music and what it really is. After all, philosophers have struggled over the centuries to really define music and what its value is. Music is indeed a complex puzzle that escapes a single definition. However, given that musicians still exist in today’s society, it is clear that music is valuable to us. But what philosophers have struggled with throughout the centuries is pure instrumental music. It is difficult to pinpoint why pure instrumental music, with no obvious semantic content that is used to express thoughts or feelings, can have such profound meaning and value in our society. Music is able to express a gamut of emotions from pure joy to deep pain, and while music can be defined to an extent, each individual has a unique experience that can only ever be experienced on their own.

To define music, we must first look at music from a detached perspective. For the past centuries, philosophers have focused their attention or pure instrumental music, which comprises most of what we know as classical music. This is primarily done because instrumental music is perhaps the most challenging to define, the most challenging music to confront philosophers. While it is obvious that a love song with semantic value is highly emotional, it is less clear how a work of music, with no semantic value whatsoever, is able to express the same emotions in a different style. The text of a song provides most of the song’s meaning, while instrumental music has nothing except the arrangement of tones and harmonies to produce the same effect.

A unique part of music is that musical works are capable of having multiple instances that can arise from differences in interpretation and analysis. An instance of a work of music, in this case, is a performance. An instance of a work of art, on the other hand, is only the work of art and nothing else. Works of art, such as a painting by Claude Monet, are physical objects that can only have one instance. Art critics may have different interpretations of a work, but the work remains the same: Impression, Sunrise will never become something different. In this sense, literature is similar to art. The Great Gatsby will always have the same characters, same plot, same symbols, same words. It is only the interpretation of the work that can be different. However, with works of music, there is an added layer of complexity. A single work of music can be analyzed just like a work of literature, but each work of music can have different interpretations by different musicians that can also be analyzed. Furthermore, it is nearly impossible (unless one has perfect pitch) to understand a piece of music just by looking at its written score, and to understand a piece of music, one has to listen to one of the many instances of that work.

The two-layer complexity of music is what makes it challenging to define and brings up another question regarding authenticity. It is indisputable that The Great Gatsby is authentic; there only is and ever will be one instance of the work; even modifying a few words will destroy the authenticity and make it something other than The Great Gatsby. However, in music, is it ever possible to have an authentic version of a work? Let’s take Beethoven’s Symphony No. 5 as an example. Without a conductor and an orchestra to interpret the piece, does the piece even exist? If Beethoven composed this piece and never had it performed, would the work only be something abstract, a figment of his imagination? A listener can only experience the music if a conductor and an orchestra interprets this piece. But when you realize that there are so many different possible ways of interpreting a piece, there doesn’t seem to be an easy way of deciding which one is authentic or not. Equally as ambiguous to this authenticity problem is whether or not the original, first performance of the piece can be considered authentic. If this is the case, would musicians in modern orchestra have to resort to eighteenth-century instruments to create an authentic rendition of the piece? Questions like these might seem frivolous as if some philosopher couldn’t control his curiosity and just wanted to make things more difficult for other people. However, this just goes to show the difficulty when it comes to defining music.

Given how difficult it is to define music, it may be wise to treat music as an abstract entity that one is able to experience. Ultimately, music is a shared experience. While a composer can write music based on something important in their lives, it is up to the performer to create something unique out of the preexisting music and create a valuable experience for the listener.