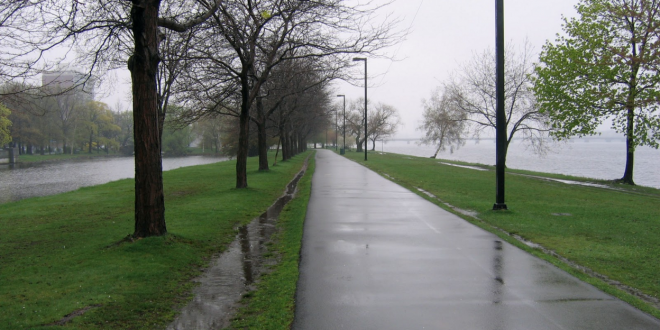 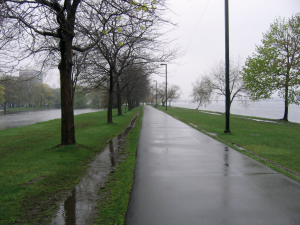 I shivered in my flimsy T-shirt and glared up at the gray sky. Just yesterday, anticipating balmy 80 degree days and sweating under my thick sweatshirt, I had packed up all my winter clothes and replaced them with brightly-colored, thin summer clothing. Then, in a blink of an eye, the apparently capricious weather turned dark and dreary again, wiping out any hints of summer. Sadly, this erratic weather pattern is not just a one time occurrence in California. Climate change is causing strange weather patterns, which are expected to occur more frequently in the future, all around the globe. These weather patterns may seem to be just a clothing nuisance for me, but they are actually causing enormous problems: barren harvests.

In 2002 and 2012, strange weather almost destroyed a whole crop of Michigan tart cherry. These trees are meant to be hardy to withstand cold temperatures, but their tender cherry buds are not as tough and are susceptible to spring frost. Early warm spring weather tease the cherry trees to start blooming, but severe cold snaps immediately attempt to strike them down, causing unstable yields. The weather patterns are also threatening bees, which are necessary for fruition. These cherry farmers are trying everything they can from making homemade beehives for hardier bees, to trying to cool down the trees with fans and sprinklers to make them dormant until the real warm season starts.

In Europe, olive oil prices are not just rising because of Brexit. Erratic weather in the past few years have caused harvesting problems in Italy, and Spain. In Italy, abnormally warm temperatures are ushering in olive fruit flies and deadly bacteria, causing production to plunge by 50% this year. In Spain, flooding in the main harvest regions have ruined much of the harvest.

For most people, climate change seems to just be a gradual rise in temperature that will eventually become a problem— eventually being the key word. However, it is causing very visible problems today that are expected to become worse. Day-to-day weather is becoming more extreme and Princeton researchers reported in the Journal of Climate that extreme weather and the swings between extreme types of weather are becoming more frequent.

Cindy is senior at Henry M. Gunn High School and is incredibly honored to be a part of the Rising Star Magazine team. She enjoys belting out Disney songs, playing piano, watching Chinese dramas, and babysitting. Cindy serves as California DECA's VP of Silicon Valley and is also the singing teacher at FCSN and the President of HEARTS Nonprofit. She can be contacted at cindy@risingstarmagazine.com
Previous Nutrition Overview
Next No, Really, What is Music?