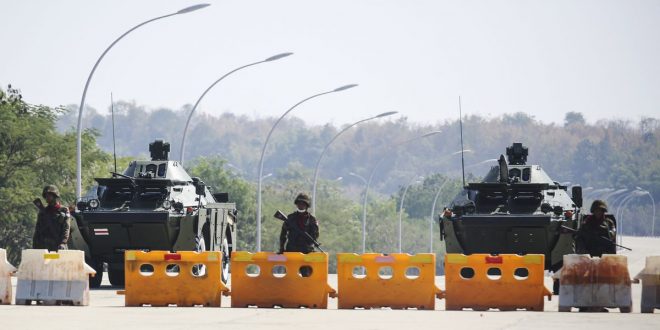 Myanmar’s military has seized power after detaining Aung San Suu Kyi and other democratic leaders. The military has declared a one-year state of emergency, with night-time curfews and troops patrolling the streets.

U.S. President Joe Biden has threatened the new military government with new sanctions, and the UN and UK have both condemned the coup.

The army has alleged the recent landslide win by Ms Suu Kyi’s party was fraudulent and a stolen election, and hence declared a state of emergency to combat corruption. She urged supporters to “protest against the coup”. In a letter written prior to her detention, she said that the actions of the military would return Myanmar to dictatorial rule.

The military has already announced replacements for a number of ministers and high-ranking government officials.

Myanmar had been ruled by the armed forces from 1962 to 2011, when a new democratic government led by Suu Kyi began to return Myanmar to civilian rule. Suu Kyi had spent almost 15 years in detention between 1989 and 2010, and was internationally hailed as a beacon of democracy and in 1991 received the Nobel Peace Prize.

However, in recent years, her international reputation has been tarnished by her inability to condemn military crackdowns on the Rohingya minority.

On early Monday morning, the army’s TV station reported that power had been handed to commander-in-chief Min Aung Hlaing. Suu Kyi, President Win Myint, and other prominent figures of the National League for Democracy (NLD), were arrested through military raids.

No major violence has been reported, though Soldiers blocked roads in the capital city of Nay Pyi Taw and Yangon, and all TV channels went off air. Internet and phone services were also disrupted and banks were forced to close.

The military coup d’etat follows weeks of tension between the army and the democratic government after army-backed opposition lost the parliamentary elections. The opposition party hard demanded a rerun of the election, raising allegations of widespread fraud that were not backed by the electoral commission.