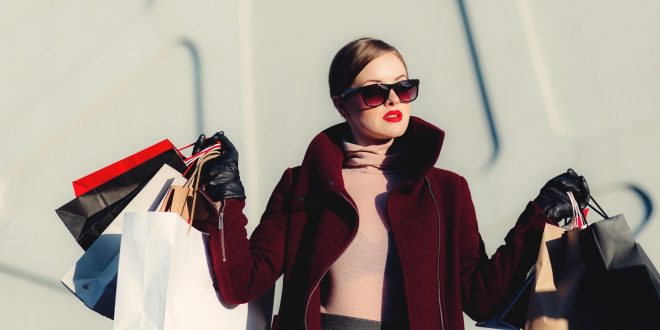 Fashion plays a significant role in today’s culture. Recently, many interesting news came out of the fashion world, such as criticisms of Vogue’s unpaid internships and conflicts between Amazon and Target. Let’s find out what happened in the fashion world in the last few weeks.

Vogue is one of the most famous fashion magazines around the world; in the last month, it was accused of not paying its trainees. Edward Enninful, the new magazine editor, promised the readers before, “My Vogue is all about being inclusive.” He indicated that he was giving opportunities to talented people from all backgrounds. However, he is now facing a dire problem in his Vogue career: it has been exposed that a number of teenagers were forced to work long hours at Vogue without any pay. Vogue replied to this by claiming that these teenagers came to gain experience for their future careers, which is called “work shadowing placement.” Though those teenagers did go to Vogue for learning experience, working without pay in an official company is still illegal. According to US employment legislation, anyone who works at a company as a worker must receive at least the national minimum wage. Unpaid internships at Vogue also contradict what the new Magazine Editor Edward Enninful said on inclusiveness; it actually limits the diversity of talented people because they are not reaping the returns from their work.

Amazon and Target, two of the biggest retailers in the United states, are currently engaged in war over their apparel. Amazon gives the opportunity for people to shop online, and Target is the main market store at nearly every city for people to shop at anytime. However, there is significant overlap on the apparel of both markets. Research has also shown that there is a considerable possibility that people who shop at Walmart also have an Amazon Prime membership. Many department stores like Macy’s and JCPenney also claimed that they are losing their customers to Amazon. The growth of Amazon’s apparel store has shown an increase in online shopping; people are now more used to shopping online for conveniency. Still, many others in the industry insist that there is a long way for Amazon to become the main fashion destination. The reason behind this is that the most successful and highest selling products of Amazon apparel stores are only basic T-shirts and underwear. On the other hand, Target provides larger variety of clothes for customers and gives them a chance to try them on. Let’s wait and see who will be the final winner of this battle.

New York Fashion Week 2018 Spring is currently holding, and it has become one of the most popular topics in fashion. The overall Top 5 Clothing brands in 2018 are:

Those 5 luxurious brands still hold the title of the world’s best sellers in 2018, with their unique designs and high prices. There is still much competition between these brands in order to protect and maintain their positions.

The official color for this year announced by Pantone is ultra-violet, which is defined as  “complex and contemplative.” Let’s get ready for the year of ultra-violet!

Roger is a junior at Carlmont High School in Belmont, California. Roger serves as an officer of Help Everyone and Remember to Share (HEARTS) non-profit. Roger founded the first California Business Professionals Association (BPA) club at his high school and is active in other STEM related clubs. Outside of his busy school schedule, Roger practices karate, plays saxophone, reads, and volunteers for several worthy social causes in the US and China. Roger is extremely honored to serve as the News Column editor for the Rising Star Magazine.
Previous On Campus: The Single Mother
Next The Impact Of DACA