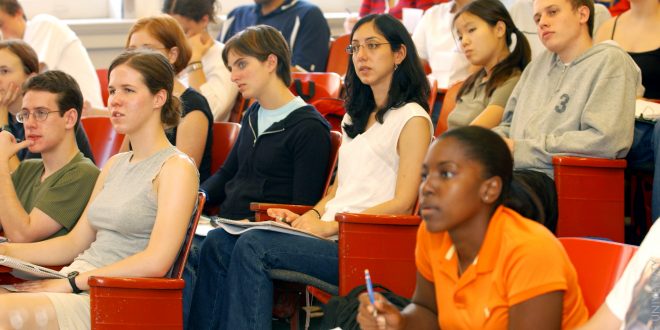 On Campus: The Single Mother

It wasn’t just the vacation in Tahoe that made Kelly realize that she needed to go back to school.

“It was just constantly looming over my head,” said Kelly. “I just had to finish my degree.”

In addition, Kelly didn’t want to see Riley, her 3-year-old daughter, walking into college when her own mother never went.

“My daughter keeps me motivated, because I don’t want to move backwards” Kelly said. “Before Riley, I was an average 28 year old, but now I want more in life.”

Admittedly though, her vacation to Tahoe was the inspiration for her major. There, she met her dream man.

“He was a financial advisor and he had everything I wanted. He had my dream truck, he owned his own town house, he was really well off, and he was my age, 28.”

While Kelly wasn’t interested in pursuing a relationship at the time, she looked up to him nonetheless. She became inspired to instead pursue the same life path.

After nearly eight years, Kelly went back to community college for a degree in economics, with a plan to transfer. She now lives in a single bedroom apartment in Northern California, with her toddler Riley to keep her company.

Kelly is part of the rising rate of single mothers pursuing a degree; according to the Institute for Women’s Policy Research, in just 2012, 11 percent of all graduates were single mothers.

When Kelly first had Riley, she immediately knew changes needed to occur. She separated from the father, and moved back to her home town in California. Kelly got rid of the truck they had together, closed their joint bank account, and tried to embody the person she wanted her daughter to be.

“I needed to be the role model,” Kelly said. “She was going to be watching every move I do, everything I say. I knew I had to step up to the plate because her father was out of the picture.”

Part of that was getting a better job and constructing a better future for the two of them. So Kelly enrolled in a political science, english, math, and an online P.E. class. Everyday she was up at 6:30, dropped her toddler off at daycare, and in school by 8:30. She would then study until 9:20, when her classes start, and would pick her daughter up at 4, when her classes end.

“My schedule last semester was crazy,” Kelly said. “I was always studying, I forgot to eat, I was just crazy busy.”

There proved to be many obstacles as a single mother. Kelly’s exercise class was meant to release tension. It was even online in order to accommodate her schedule. Yet it wasn’t that simple.

“I have a three year old at home and I couldn’t get the videos done- or just barely. I wanted to complete it, but there were constant interruptions,” Kelly said. “It just didn’t suit my lifestyle.”

Both Kelly and her daughter became frustrated with the hours spent after school on homework. However, she eventually learned the consequences of her unhealthy stress. The constant pressure to finish her work almost broke Kelly about midway into the semester, when she became sick.

For over six weeks, Kelly had to attend school with a stuffy nose and a constant cough. Her health was first defeated by a sinus infection because of local wildfires, then by the cold, and finally the flu.

“I felt it in my head in my head and lungs; my body felt ill. I started to get anxiety because I haven’t been sick for that long.”

In retrospect, Kelly sees that the constant late nights and stress perpetuated her illness. She has now learned to balance her education and the importance of mental health. Most importantly, Kelly realized that it’s about the education, not the time.

“I’m not racing anyone, I’m just doing what I’m doing. You are only competing with yourself, not with other people,” Kelly said. “Just because they finished school quicker or years before, doesn’t matter. We are all on our own journeys.”

Kelly will likely transfer to one of the California State Universities in 2019. By the time Kelly graduates with a bachelors in 2022, her daughter Riley will be 7 and in the first grade. Kelly anticipates more problems to come, but she won’t let that get to her.

“There is always obstacles when you have a kid and you are going to school. But you have to get through it, and stick with it, because time passes anyways. You might as well do the grind for a few years to get your degree and so you can have a solid, stable job in order to provide the life you want for your child,” Kelly said. “You’ll have to make some sacrifices, but it’ll be worth it.”

Previous Why are Cities Vying to Host the Olympic Games?
Next Latest Fashion News