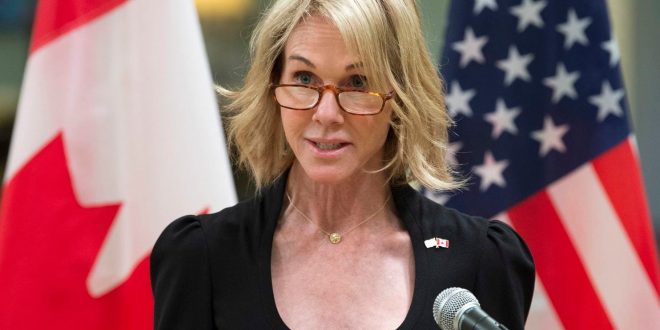 Former UN ambassador and state governor Nikki Haley declared her intention to resign in October 2018, and left her post at the end of the year.

Trump’s decision comes only months after his initial announcement and informal nomination of Heather Nauert, a former Fox News host and White House spokeswoman. She has since withdrawn her candidacy.

Craft is the current U.S ambassador to Canada and the first woman to hold the role. She and her husband, billionaire Joseph Kraft, have been frequent Republican donors.

Kraft is perhaps best known for her response to the a question on climate change: “I appreciate and respect both sides of the science.” She was U.S. ambassador to Canada at the time.