Home / Sports / Is this the end for Serena Wiliams. 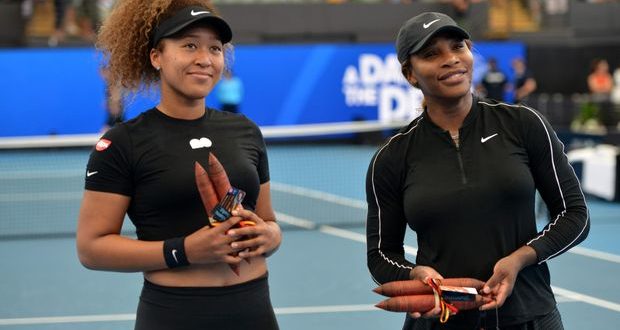 Is this the end for Serena Wiliams.

The buzz surrounding the semi-finals at the Australian Open tennis tournament this February has been louder than usual.  Legendary tennis player, Serena Williams, had made it to the semi-finals and was facing Naomi Osaka in a Grand Slam tournament for the first time since her loss to Osaka at the US Open finals in 2018. Osaka, who has taken three more Grand Slam titles since that win 2018, is said to be the rising star and presumptive tennis championship heir to Ms. Williams. The 2018 match was marred by several controversial referee calls against Williams, causing Ms. Osaka to be apologetic for the win and leading the crowd to “boo” at the award ceremony. The 2021 Australian Open offered Williams the opportunity for a rematch and a comeback, but sadly may have left her contemplating the end of her career, with a 3-6, 4-6 loss to Osaka in straight sets during the semi-finals.

Serena Williams has been a dominating force in women’s tennis for over two decades. She began training at age four, along with her older sister, Venus.  Early training was largely provided by their parents, notable tennis coaches Oracene Price and Richard Williams. Later, they moved to West Palm Beach, Florida, to be trained by famed tennis coach, Rick Macci. One area that the elder Williams and Macci differed on was how fast to move the sister’s careers ahead. Their father insisted that the girls have time to be girls and enjoy childhood. Serena’s first Grand Slam women’s singles title win was at the 1999 U.S. Open, at the age of 17, where she became the first African American woman to take the title. In the following two decades, she took 23 Grand Slam tournament singles titles, only one less than the women’s record of 24 titles set by Margaret Court in 1973. The Grand Slam tournaments, also called the “Majors,” are the four most notable tennis tournaments: the Australian Open, the French Open, Wimbleton, and the U.S. Open.

Williams, 39, and Osaka, 24, are at opposite ends of their tennis careers. Ms. Osaka has said that she would not be where she is today if not for the example set by the Williams sisters. She watches Serena’s matches not just with the eye of a competitor, but as her role model and tennis hero. Ms. William’s has not won a Majors title since 2017, since the birth of her daughter. Seeing the longevity of sports stars like Tom Brady, many hope for a return to preeminence for Serena, but for now Naomi Osaka is the player to beat.