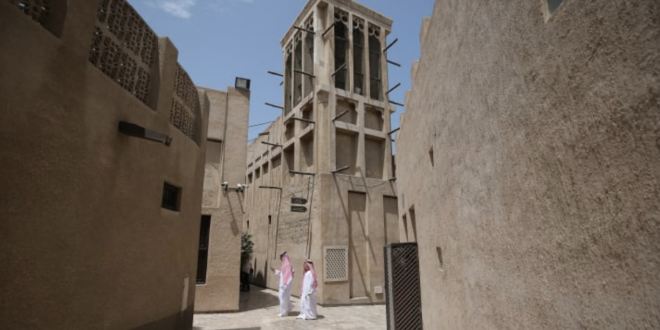 As the climate crisis has only been growing worse, and temperatures are increasing across the globe, Indian architects have developed unique terracotta structures to combat the rising heat. Air conditioning demands are projected to triple by 2050, and many organizations such as the International Energy Agency believe that air conditioners will be responsible for almost 50% of energy costs at the height of demand in 2050.

However, India has used passive cooling systems to lower the temperature of rooms, industrial machines and to reduce energy costs for centuries. Companies such as Ant Studio have developed hundreds of units placed in factories and industrial plants that use water-cooling to prevent overheating.

One of their more recent systems is the CoolAnt system. It consists of a network of honeycomb-like tubes that evaporate water flowing through each tube. Their design was heavily influenced by a beehive structure that provides maximum surface area.

Ant Studio is also providing jobs to local potters in order to help small architects grow their work. Many of the projects that Ant Studio has implemented require around 700 terracotta tubes and require the handiwork of many potters. Ant Studio and its investors are looking to team up with organizations like the United Nations Environmental Programme to expand their scale. This expansion would affect the millions of people who live in New Delhi and will provide some heat relief to its crowded streets.

Indian architects have also been able to implement these passive cooling designs into affordable apartments in Cambodia and Myanmar that drastically reduce energy costs. In addition, heat relief buildings not dubbed “wind towers” take advantage of incoming winds and use it to flow through tubes and pipes to push out hot air and can be seen in Dubai.

Not only do these structures provide passive air conditioning , but they are also stylistically rich in the culture. Such designs are becoming increasingly popular as these vernacular designs are highly sought after. These inspiring architects are using natural elements in their favor and are in the forefront of energy conservation.