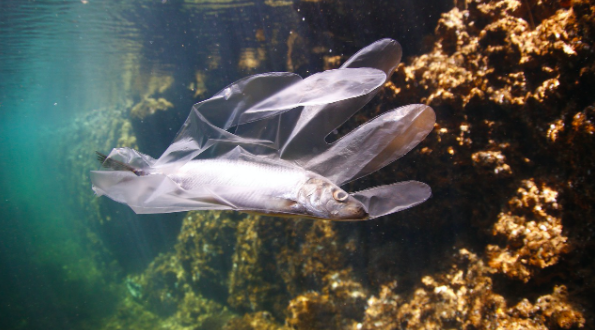 On the bottom of the Mediterranean near Italy, scientists have detected high concentrations of microplastics; in fact, these samples contain the highest concentrations ever recorded.

The University of Manchester led a study that discovered that there were approximately 1.9 million pieces of plastic per square meter.

The items that comprised the contamination were likely fibers from clothing and small pieces of plastic that were broken down from larger objects.

This investigation led the researchers to believe that microplastics, which are less than 1mm in length, concentrate in specific locations due to powerful bottom currents.

Dr. Ian Kane, who led the team, says that these currents create “drift deposits,” which can be several kilometers in length and hundreds of meters in height. These “drift deposits” are mostly made of very fine silt. This characteristic makes it intuitive to think that there are microplastics in there, says Dr. Ian Kane.

With calculations, scientists have determined that between 4 to 12 million tonnes of plastic waste enter the oceans every year, mostly via rivers.

The media has put special attention on the visible, floating trash. However, this trash is thought to comprise just 1% of the total plastic debris in the ocean, the other 99% being from unknown sources. Scientists believe that part of this percent of plastic has been consumed by marine wildlife, but that the other part has simply sunk to the bottom of the ocean.

Dr. Florian Pohl from Durham University stated that these flows can transport high volumes of sediment for numerous kilometers across the ocean floor. However, he still doesn’t understand how these flows bury and transport microplastics.

One of the main concerns is that these underwater currents also serve as vital nutrient and oxygen suppliers to deep-sea organisms. As these currents transport microplastics, then the probability of marine organisms ingesting them increases.

Prof. Elda Miramontes from the University of Bremen in Germany emphasizes the importance of reacting to this crisis in the same way we reacted to the coronavirus pandemic.

Roland Geyer, professor of industrial ecology at the Bren School of Environmental Science and Management of the University of California at Santa Barbara, stated that scientists are not really sure of the amount of plastic in the ocean; however, he says that they are almost certain that most of the volume is not floating.

He says that most scientists now believe that the majority of the plastic is located on the ocean floor. We should be focused on stopping the entrance of plastic into the ocean instead of removing the visible parts and putting a bandaid on the bigger problem.