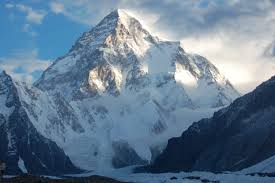 High Altitudes and the Human Body

When backpacking at high altitudes, it is important to remember to put safety first. In these conditions, the human body cannot function as well, as the human body is meant to perform at sea level. When cruising higher, the amount of oxyhemoglobin, which carries oxygen in the blood and delivers it to cells throughout the body, in the blood drops. At around 7,000 feet, the body is deprived of oxyhemoglobin, making it harder to breathe.

Other effects include acute mountain sickness (the feeling of a hangover, the flu, or carbon monoxide poisoning), high altitude pulmonary edema (life threatening accumulation of fluid in the lungs), and high altitude cerebral edema (where the brain swells with liquid). Acute mountain sickness goes away after the body is returned to normal altitudes or acclimatizes to the high altitude. High altitude pulmonary and cerebral edema (HAPE and HACE), however, are potentially fatal illnesses and require swift medical attention. Without treatment, permanent brain damage or death can occur. As a result, expedition doctors carry the medicine dexamethasone, or dex, with them.

The highest livable altitude recorded is 19,520 feet, in which humans survived for two years. The highest permanent settlement, La Rinconada, however, is at 16,700 feet. Even then, the residents from the working town do not spend their lives there. Instead, they return to a lower town after work. Above 24,600 feet, sleeping is difficult, digestion is near impossible, and the risk of HAPE and HACE increase greatly.

There is a point at which humans cannot live due to the thin oxygen. This point is called the death zone and is around 26,000 feet. It gets its name from the many deaths caused by organ failure and the indirect deaths resulting from hasty and dangerous decisions made under stress. At this altitude, the human body cannot acclimatize and prolonged exposure at the death zone will result in the deterioration of bodily functions, loss of consciousness, and ultimately, death.

It is possible, however, for humans to live at altitudes above 8,200 feet and function perfectly. People living at high altitudes, particularly in the Andes or Himalayas, have larger lung capacities, decreased obesity rates, a higher capacity for exercise, increased cerebral blood flow, lower hemoglobin concentration, and a lower risk of chronic mountain sickness. Therefore, many athletes train at high altitudes to improve performance. Full acclimatization takes days to weeks for the training to be effective. In the short run, the body hyperventilates, the heart pumps faster without circulating as much blood, and the digestion system is suppressed in favor of accommodating the struggling cardiorespiratory system.

High altitudes can be dangerous and precautions should definitely be taken. When going to dramatically higher altitude levels, the human body should have time to get used to the thinner air. Vigorous exercise is not recommended, although some people are more tolerant to higher altitudes than others. As the altitude increases, oxygen tanks should be used, and at 62,000 feet, where body fluids begin to boil, a pressure suit is needed. Remember, safety comes first.

Previous Homework: Yay or Nay
Next How likely are animal attacks?