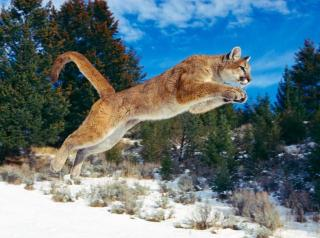 How likely are animal attacks? 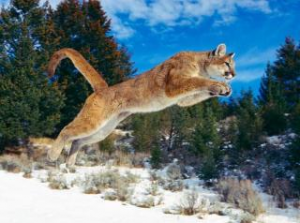 How scared would you be if you found a mountain lion sitting near your house? Probably less scared than the mountain lion itself would be.

Earlier this month, a well known mountain lion named P-22 was found to have crawled into the empty space beneath a home near Griffith Park in California. While the owners of the house were certainly scared to find a mountain lion literally right beneath their home, the experience wasn’t very positive for the mountain lion either. After being discovered, officials began to poke it with sticks and shooting various items at it such as tennis balls and beanbags in an effort to make it leave. However, as surprising as it may be for some people, making animals annoyed by poking them with sticks does not make them want to cooperate.

Eventually, the officials realized the best course of action would be to just leave the mountain lion alone, and as soon as that happened, the mountain lion promptly removed itself from underneath the house and returned to the park.

What is the moral of this event? Well, most of the time, wild animals are only a problem if you make them a problem. Most animals won’t bother you unless you actively bother them. Even supposedly “vicious” and “dangerous” animals like mountain lions rarely prefer to attack humans. In the past hundred years, there have been less than fifteen fatal attacks from mountain lions in the entire United States. In fact, it is calculated by the California Fish and Wildlife Association that you are 1,000 times more likely to be struck by lightning than to be attacked by a mountain lion.

So why the big fuss over animal attacks given how rare they are? Well, it’s much easier to blame a living being for the death of a human than it is to blame something like lightning. But in the end, you have to remember that animals are only a problem if you make them one. If you don’t bother animals, there’s a very, very good chance that they won’t bother you either.