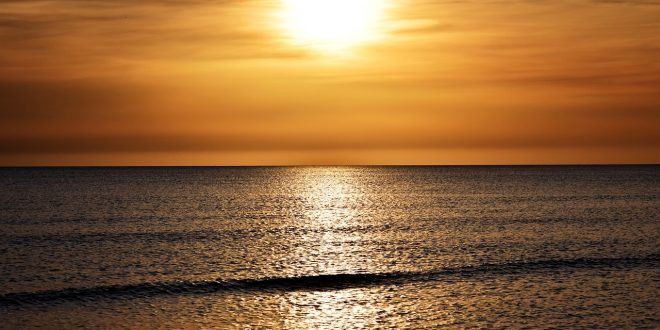 Summers in Northern California have always been temperate. With temperature in the mid-eighties at most for much of the summer, many feel that the rare few days of  90+° F warrants a trip to the beach or an excuse to eat buckets of ice cream. On these hot days, going outside a lot has always been many people’s first choice. The past few years, however, brought unwelcome changes in our schedules for summer. Lasting a week each, heat waves wash over the west coast constantly, creating possibilities for significant health problems in major cities.

This year’s summer, several heatwaves have completely melted an extraordinary amount of snowfall, and more are scheduled to come during the late summer. Due to pressure pushing the jet stream well north of British Columbia, the west coast will suffer another week of heat moving north towards large municipalities. According to a report of the anomaly by the Weather Channel, dozens of daily highs were set in cities up and down the coast during the week of July 30 to Aug 8th alone. All-time high records in larger cities like Salem, Oregon were contested as well.

In addition to the heatwaves around North America, Western Europe and the Mediterranean are suffering through another heat wave to the point that governments all over the continent recommend staying home and waiting out the weather. The heat wave, nicknamed ‘Lucifer’ by meteorologists, will be comparable to the 2003 European heatwave that killed an estimated 35,000 people.

Heat is the reason we are kept alive in some of the harshest conditions, but it result in death. Our normal core body operates at around 37° C or 98.6° F. If heated up to around 40°C (104° F), our brain signal muscles to slow down, and the first signs of fatigue are evident in afflicted humans. Our body attempts to expel heat by increasing blood flow to the skin’s surface, taking the heat from within the body to the surface. Using water as a medium, heat is then transferred to the outside of the body in the form of sweating. Finally, in a sweltering and dry enough environment, the heat dissipates into the air through evaporating sweat. In hot and humid climates, people would not be able to dissipate the heat, since water vapor already in the air impairs diffusion of our sweat. In prolonged exposure to this type of environment, heat exhaustion is likely, and our body starts to shut down if our core temperatures reach above 41° C (106° F).

Heat can be deadly, and taking proper precautions is a must if you want to avoid health complications. Remember to stay hydrated even if you don’t feel thirsty, since sweat can drain 1.5 liters of water from a person in an hour. Wearing light-colored clothing to stay cool is another old trick in the book. Also, finding shade and taking breaks if exercising outside will help tremendously, since the temperature difference between shade and sun can be up to 15 degrees in some cases. Lastly, checking up on friends and neighbors who may be more susceptible to summer heat can save many lives. So the next time you see 90+° F on the thermometer, remember to drink lots of water and stay inside for the best chances of survival. 😉

Previous No More Car Deaths By 2020
Next Lake Tahoe