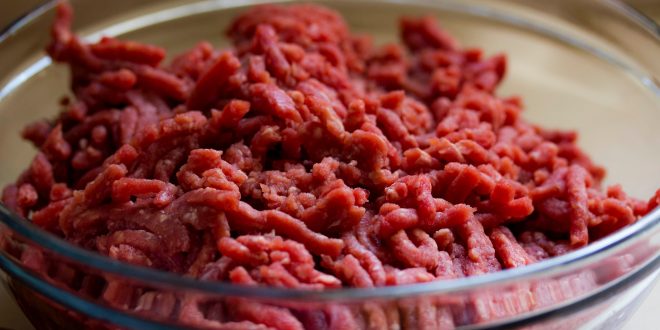 Food is essential for life- all living organisms need food to produce energy. However, when preparing food, dangerous bacterias can infect the food. The bacterias can range from mildly annoying to deadly.

Salmonella is the most common food-related illness. It is most commonly caused when people eat raw or undercooked food, usually with poultry. Salmonella symptoms include fever, chills, diarrhea, and stomach pains. This is usually preventable by cooking the food properly, as the salmonella bacteria can be killed when it is properly heated.

Staphylococcal (Staph) is a bacteria that is found in skin and hair. Staph causes nausea, vomiting, and stomach pains. Unlike some other bacteria, Staph is not easily detectable by sight. The Staph bacteria produce toxins which cause the illness. Cooking food properly will kill the bacteria, but it cannot destroy the toxins, so it is important to keep yourself clean when preparing food to prevent this illness.

E. Coli is another fairly common illness. The E. Coli bacteria is found in the lining of animal’s intestines, and are usually harmless. However, a strain of E. Coli, O157: H7, causes nausea, vomiting, diarrhea, and stomach pains. Cooking meat to over 160 degrees and drinking pasteurized milk can help you to avoid this illness.

Botulism is one of the more dangerous food-related illness. The bacteria is usually found in canned foods and will cause the can to swell, and the food will become discolored. Botulism causes nerve damage, and symptoms include nausea, vomiting, stomach cramps, double/blurry vision, paralysis, drooping eyelids, and several other symptoms. If not treated, it can be fatal.

While people need to eat food to survive, it is also important to properly prepare food in order to prevent food-borne illnesses. Properly heating food, cleaning before touching food, and making sure the food isn’t discolored can help to avoid food poisoning.