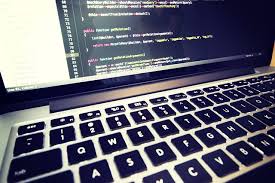 Amongst the vast community service and charitable work that Global Leadership Initiative (GLI) has done this year, one of its most notable accomplishments is what the GLI Web Team has done since its establishment in spring of 2015. Led by Dougherty Valley High School student Eric Hou, the Web Team has already created websites for the California DECA Parent Board and the Silicon Valley Chinese Association Foundation (SVCAF). To get more insight on the team and what they do, I interviewed Eric about their work and the things they plan to do in the future.

Eric tells me that he is proud to lead this team of young, bright students because they are extremely “smart and able to figure things out really quickly.” Having only officially met twice, once per project, the fact that the team has already completed two websites is impressive. Members collaborate online to meet weekly deadlines, make templates, add media, and fix bugged pages, which allows them to finish a website in about a month. I am impressed by how much the team has accomplished in helping organizations showcase themselves in their online websites.

In addition to the web team, Eric mentions that he has also started teaching coding classes, which prompted me to ask if most of the people on the web team have a general knowledge of coding. What he says surprised me: “Actually, no,” Eric answers. But this is one of the reasons why he started the class. “In the Bay Area…it’s all about technology. And I read somewhere that 90% of STEM fields within the next decade are going to begin requiring some level of computer science knowledge. So, I thought, you know, since these students are going to be part of the workforce in a decade, they are going to need to have this knowledge if they’re going into STEM fields.”

Eric has already taught two of these classes, covering the programming languages HTML and CSS. He’s excited because the students are showing great progress and enthusiasm, allowing the class to “cover ground relatively quickly.” They are currently learning about Java and will soon take on JavaScript. And because half of the class is also on the GLI Web Team, these students will use the programming skills they’ve gained from the class to build a brand-new website for Wang Academy, which will be their first website made completely from scratch. Eric tells me that anyone in the class, or anyone with even the slightest interest in computer science, is welcome to join the Web Team.

But I was also interested in learning about Eric’s personal motivations, so I asked him what ignited his passion for computer science. “I first displayed interest in the 7th grade,” he says, before confessing, “…what actually got me into it was Minecraft.” And even though I chuckled at his admission, I found it fascinating how a childhood game can turn into a lifelong passion and possible career. Eric assures me that he will be pursuing computer science in college and as a career.

“I really started programming in the 10th grade when [my] AP Calculus BC class had to make a graphing calculator…And after that, I just fell in love with it.”

Eric’s love for computer science is what prompted him to start teaching himself different programming languages. For those interested in programming, he recommends the websites that he used to learn how to code: w3schools.com and codeacademy.com.

To me, it is clear that this summer is all about computer science for Eric: in addition to leading the GLI Web Team and teaching a coding class, he is doing a summer internship at a company that focuses on data analysis using computer science. Though he is just started the internship, he looks forward to the experience that he will gain from it. He gives this advice for others looking for computer science-related internships: “If you have a passion for computer science, and if you have at least the skills that you learn in AP Computer Science, you can already apply for a software internship at many startups.” Although the company that Eric is interning for is not necessarily a startup, he says, “I would like to work at a startup [in the future]. High risk, high reward.”

Eric also dabbles in competitive programming, which he recommends to others as something they can do to further their knowledge and skills in computer science. Even though it involves a lot of learning and memorizing different algorithms, it is one of the most valuable skills that you can learn. Competitive programming shows that you can code efficiently, quickly, and with very few mistakes, which is what companies are looking for when hiring programmers and coders.

And with that, Eric leaves me with one last piece of advice: “If  [computer science] is a field that you even have a vague interest in, take a look into it, because it can be a very lucrative field, both with the amount of opportunities you have and the connections you make.”

And even though I am not a programmer myself, from what I’ve heard from Eric today, I can see how computer science is as hot as ever, and I look forward to what the GLI Web Team has planned for this summer and the upcoming school year.

Previous How You Become Viewed as a Lamp and What You Can Do about It
Next Common Core: A Long Process?