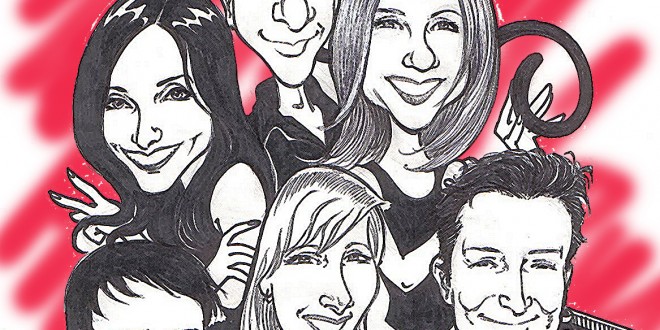 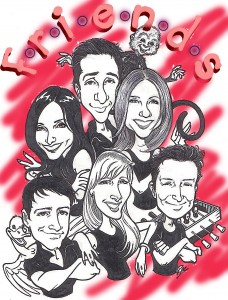 “I like you.” His eyes unwavering and gaze serious, he held his breath and passionately waited for a response. He stared into her glistening eyes. They were warm and sweet like hot cocoa, and when she smiled, fleeting bursts of doltish jubilation flooded her eyes.

“FRIEND?!?!” Tranquil in appearance yet feeling the slow wrench of her rusty knife pierce his innards and gorge through his organs, he slowly realized that his dreams of a blissful future had vanished.

What the sad fellow here suffers from—something that millions of people all across the world suffer from, regardless of age, sex, and nationality—isn’t cancer, obesity, or even AIDS. Rather, he suffers from something much worse. Getting “friend zoned”.

Friend zone. The term that became hugely popular after an episode of the American sitcom, Friends, in 1994. This phrase is used widely in pop culture and is very relatable, evoking feelings of sympathy towards those who find themselves in that realm. Why? Well let’s just say that if you ever find yourself in the friend zone, good luck! Ryan Reynolds, from the film, Just Friends, sums up the friend zone quite nicely: “When a girl decides that you’re her friend, you’re no longer a dating option. You become this complete non-sexual entity in her eyes, like her brother, or a lamp” (Rodjak).

But is it…can it…be possible to escape from being a lamp???

Ladies and gentlemen, it is.

Before I enlighten everyone on how to no longer be viewed as a lamp, we must first explore why people get to that tragic state in the first place and how to know if you’re in it.

The very reliable Urban Dictionary describes the friend zone as, “A state of being where a male inadvertently becomes a ‘platonic friend’ of an attractive female who he was trying to initiate a romantic relationship. Females have been rumored to arrive in the Friend Zone, but reports are unsubstantiated” (M.S. Garret). In other words, the person you are interested in simply does not see you in the attractive light as he or she would with a significant other. There could be a significant number of reasons for this, but the four main ones involve social, physical, logical, and personality constraints (Kirk).

Social constraints arise from, well, the social scene. Often times, people don’t date others outside their social networks or race, or in more extreme cases, due to specific religious reasons.

Physical constraints are the simplest type of constraint. You’re either just not physically attractive to the other person or have some physical issue such as a disability.

Logical constraints are often beyond your control, and could be something as straightforward as, “We live on the opposite sides of the U.S., and I don’t want a long distance relationship,” or “I need to focus my time and energy on my career,” or more often, “My parents won’t let me.”

Personality constraints are exactly how they sound. You may have the personality type he or she looks for in a friend, while being the complete opposite of what he or she is mentally or sexually attracted to.

Furthermore, you’re in trouble if your love is constantly complaining or talking about other guys to you, assuming you’re a male. Continuing on the assumption that you’re a guy that is into girls so that I don’t have to keep on referring to both genders, keep in mind that what I’m saying is relevant to both genders (despite what is said on Urban Dictionary), it’s a huge sign that you’re in the friend zone if she is too relaxed around you. Being relaxed is good; it means she can be herself. However, if she isn’t making the effort to dress nicely or wear makeup when she normally does, that’s a big red warning light right there. This means that she doesn’t really care about how she looks to you, whereas in front of other guys, she would put in the work to look nice and attractive.

I know many of you are probably thinking, Shoot! That’s me!, but do not worry! I repeat, do not worry! Because…we’ve finally arrived at the heart of my speech: how to escape the friend zone (The Wing Girls, Nicholson).

FIRST and foremost. Distance yourself. Be less interested, less needy. In essence, separation will result in more thinking of you. She will stop taking you for granted, and start wondering what you’re up to. Your absence will make her miss and want you more, and increase her desire for you. If it doesn’t, then you probably don’t mean much to her. To put it simply, humans put more value on things that are scarce and less on things that are abundant. This is known as the Scarcity Principle. The Scarcity Principle does not only apply to store coupons and sales, like these, but also to our love lives. The more we can’t have something, the more we want it.

SECOND. Create competition. Competition and a little jealousy creates scarcity. Remember scarcity? Being busy with other people will increase that person’s desire for your time and attention. Humanity’s competitive nature will up your desirability, especially when the girl you like sees other fellow females fighting for you.

THIRD. Change up your look or your attitude, or both. Sometimes a makeover is needed for your beloved to view you in a different light that’s not from a lamp. I’m not saying that you should change who you are. When you change your outer appearance, the inside you is still the same. But perhaps with a new style, you will not only look more confident, but also feel more confident. I’ll get to the importance of confidence in a moment, but first, the looks. There are many different look you can change to. Classy. Cute. Badass…and it goes on. There are an infinite amount of possibilities that will surprise and pique your crush’s interest, simply because it’s something different and unexpected. She will start wondering what else you’re capable of; what else does she not know about you?

Changing the attitude is more for those who are currently obsessive or clingy to the people they like. It is important to not be so needy, because the results will be the exact opposite of what you want happening. She will begin to avoid you, since most likely, you’re being a nuisance.  However, one thing that everyone can do is be more confident. Confidence does wonders to your attractiveness. Without confidence, you give off the vibes of being weak and indecisive. How confident you feel about yourself can be seen throughout your entire body and your actions. Do you speak with conviction? Is your body always limp or do you sit and stand up straight? Do you look at people in the eyes when you talk? If you aren’t confident in yourself, why would anyone else be? Confidence shows security, stability, and the power to overcome obstacles that come your way. When you’re confident, you tend to think more positively and aren’t easily thrown off track. People flock to you in hopes of picking up the high self-esteem you have. Furthermore, confident men would have no problem approaching women and striking up a conversation or asking for a date. Which means that not only will more confidence make you more attractive, opportunities for potential love will also increase. Just make sure not to be over-confident, as you may come off as stuck up or arrogant.

Now that you know the methods to get away from the once inescapable friend zone, what happens when nothing works, and the one you like is head-over-heels for someone else? This is the worst-case scenario, but one that is not devoid of hope, as it is still possible to get out of the friendzone. You just need to move on. Although perseverance is an important quality to have, recognizing and coping gracefully with defeat are equally important. It may be a cliche, but there really are other fish in the sea! For a while, it will be painful. It will be disheartening. And unfortunately, it will also deal a blow to your ego. It may be hard at first, but you ultimately will get over her.  After all, there are worse things in the world than being viewed as a lamp.  Being viewed as a toilet or perhaps a potato is arguably even more embarrassing.  Remember to always be positive and to look to your horizons.  The love of your life may be closer than you think. And who knows, maybe he or she won’t mind you being a potato, or a toilet, or a lamp!

Previous Soap
Next Coding is Cool