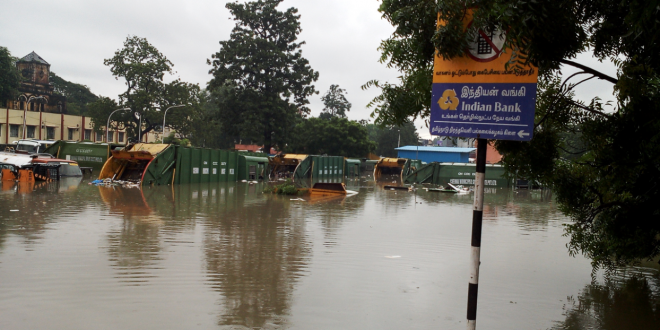 A group of 21 brave individuals is suing the federal government over climate change, but one difference sets this case apart: the plaintiffs are kids and young adults ranging from age 9 to 20.
The non-profit Our Children’s Trust is united by their common goal:  to live in a safe, healthy environment and to “give young people, those with most at stake in the climate crisis, a voice to favorably impact their futures.”
They argue that the government has known for more than 50 years that burning fossil fuels contributes to climate change but has done little to address the issue, thus violating their constitutional rights to life, liberty and pursuit of happiness.
These young plaintiffs are admirable for drawing attention to an important issue. Their ages serve as an empowering reminder that youth, too, must step forward and speak up about climate change. It is crucial to preserve the environment for our generation and later generations and base our future upon a more lasting happiness, surpassing any instant gratification from the temporary exploitation of resources.
According to NASA, 15 of the 16 warmest years on record have occurred since 2001. Youth are growing up in an era during which the effects of climate change are undeniable and growing more and more unavoidable.

One recent consequence of rising temperatures is the destruction of the Great Barrier Reef, two-thirds of which has been declared dead decades before scientists’ expectations, according to a recent story in The New York Times. This massive loss will take a serious toll on the local economy and thousands of jobs that depend on tourism there.

Rising temperatures also mean shrinking ice caps. NASA reports that since 1979, arctic sea ice has decreased by around 13.3 percent per decade. By 2050, it may be possible to sail over the North Pole because there will be no arctic ice during the summer, according to National Geographic.

Flooding has hit Bangladesh particularly hard because of its low elevation. The New York Times reported that by 2050, climate change will displace about 18 million refugees from Bangladesh alone.

Also struck by devastating floods, Miami Beach, Fla., plans to spend at least $400 million on raising roads and installing pumps, according to The New York Times, but the project will buy only 40-50 years of safety, Mayor Philip Levine told National Geographic.

Once time runs out, there is no way people can escape the consequences of climate change. Unfortunately, tackling climate change is a daunting task, and some people think that individual actions are pointless. But as cliche as it sounds, the ripple effect does have an impact. Individuals matter. We can take action by expressing our concerns and urging politicians to support environmental policies.

When individuals step up and speak out, their choices can inspire others to follow, strengthening efforts to combat climate change, whether by walking, conserving water and electricity, buying eco-friendly goods or recycling and composting, among many other simple actions.

By disregarding the future, we’re not only hurting the environment. In our quest for comfort and convenience, we’re really just hurting ourselves.

And like the youth who are courageous enough to voice their concerns by challenging the government’s action– or rather in action– it is vital that communities across the nation argue for their rights and strive for a more sustainable future.

Previous Apples and Potatoes
Next Zapped