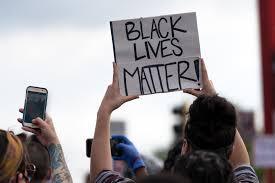 Censorship During Current Riots for Equality

On May 29, 2020 in Minneapolis, Minnesota, a CNN reporter and his crew were put into custody after covering the events of protests against hostile actions taken by policemen. These actions centralize around the discrimination of African Americans, especially the death of George Floyd, an African American oppressed by the American police force. As protests continue, the police tend to continue violent actions against protestors on impulse while trying their best to deliberately and unashamedly conceal this fact from reporters. This CNN reporter was explicitly complying with police orders and asking how they should conduct their coverage of the situation. Rather, the police force remained silent and put the team under arrest.

Censorship of these riots and their events has become a top priority for many policemen, as they continue to tackle and arrest these reporters. These actions directly infringe upon the First Amendment’s right to the freedom of press. Public events in our country are public information, and they must stay that way. The police force cannot enlist themselves as the interpreting authority for what is and isn’t a public event. If any event happens in a public setting with free viewership, it is public information. The police have no justifiable reason for their violent actions against protestors and reporters. If the police feel a need to hide the actions that they are taking, then it should be very clear that they should reevaluate those actions. These protests are crucial for change in our corrupt community, but those who are destructive can be dealt with in a more appropriate manner that does not punish those who are following the rules. The police have been trained to deal with these situations in a mature manner, but the second that an anomalous rioter causes issues, the police begin to punish everyone. This censorship is used to blind our society from the human rights violations of the system, and we must stand against it.