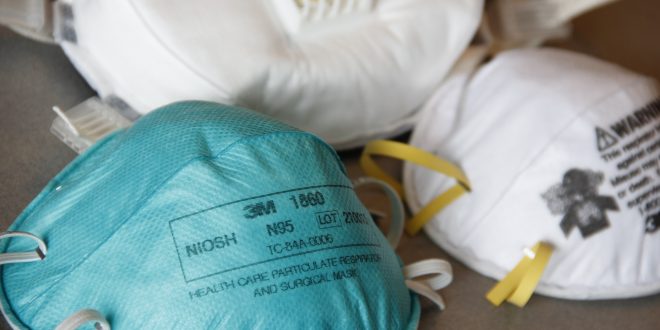 After confirming she beat COVID-19 on May 8, 113 year old Maria Branyas spoke out on Twitter saying, “Thank you very much for your congratulations and encouragement. Although I would have preferred not to have to live this unfortunate situation of nonsense in the treatment of the elderly in the country, I thank you. And a lot of strength to all the grandmothers and grandparents who are still struggling.”

As an 113-year-old woman who has already made history as Spain’s oldest woman, Braynas is setting even more records as she officially became the country’s oldest coronavirus survivor.

María Branyas was diagnosed with COVID-19 in April, according to Spanish news agency EFE. The centenarian remained in isolation for weeks until she recently tested positive for the illness, which has been especially dangerous for people ages 65 and older, the outlet reported.

While in isolation at the Olot care home she’s been living at for the past 20 years, Branyas also reflected on what the world may look like after the pandemic and warned that humanity needs a “new order.”

“In the solitude of my room, fearless and hopeful, I don’t quite understand what’s going on in the world. But I think nothing will be the same again,” she wrote on April 2. “And don’t think about redoing, recovering, rebuilding. It will have to be done all over again and differently.”

“I won’t be able to help you. In fact, for my age, I will no longer be there,” she continued. “But, believe me, you need a new order, a change in the hierarchy of values and priorities, a New Human Age . . . Health and strength, you will succeed.”

On March 27, Moret tweeted that the coronavirus had entered her mom’s care facility. She later told EFE that Branyas considered the pandemic to be “a very great pain for everyone.”

Part of that reason, Moret explained to EFE, was because her mother was “bored [and] anguished,” especially since she hadn’t seen her family since her 113th birthday party on March 4 and could only communicate with her family via phone.

Moret said her mom was back to her usual self after recovering and looked forward to reuniting with her family.

“Now that she is well, she is wonderful, she wants to speak, to explain, to make her reflections, it is her again,” she told the outlet.

Her feat has prompted some experts to reconsider how the elderly are being treated amid the global pandemic.

People ages 65 and older are at a higher risk of severe illness from coronavirus, as are people with underlying medical conditions, including heart conditions, obesity, diabetes, liver disease, and chronic kidney disease, according to the Centers for Disease Control and Prevention. All but 6 percent of patients who needed hospitalization had one pre-existing condition, and the majority — 88 percent — had two or more, according to a large study of thousands of patients in New York City that was published in the Journal of the American Medical Association.

“The experience of Maria Branyas is remarkable. Her story offers a powerful reminder that people of all ages can survive coronavirus and continue to lead an active life afterward,” Thomas Scharf, a professor of social gerontology and president of the British Society of Gerontology, told Forbes.