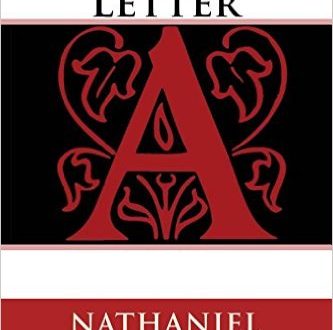 Ah, the infamous Scarlet Letter. It’s a required book for many juniors across the country, and probably one of the most despised. However, it is a classic known for its literary merit, and having read this book, I must say that it isn’t as bad as I thought it would be.

The Scarlet Letter, written in the 19th century by American author Nathaniel Hawthorne, depicts the rigid, overly religious Puritan society in 17th century America, and focuses on the protagonist Hester Prynne. Hester is a woman who arrived in Massachusetts some time before her husband did, but in her short time there, she committed one of the vilest sins of Puritan society: adultery. After sparking outrage among the community, Hester is condemned by society and is forced to wear the letter ‘A’ (for adultery) on her chest for the rest of her life. The book also focuses on the other three characters: Roger Chillingworth, Hester’s husband; Arthur Dimmesdale, the community’s holy minister, and Pearl; Hester’s illegitimate daughter.

The major drawback and difficulty I found while reading this book was Hawthorne’s style of writing. Hawthorne tends to use overly ornate and metaphorical language that can sometimes make it very difficult to understand what he’s trying to say. There is also a large amount of advanced and outdated vocabulary in this book that can interrupt the flow of the novel. The best way to deal with this is to reread passages that you don’t understand and search up vocabulary that you aren’t familiar with.

However, what makes The Scarlet Letter very interesting is the rich symbolism that Hawthorne includes in the novel. For example, symbols such as the letter ‘A’, the scaffold, and Pearl, all have meanings that change throughout the book, and their importance is what creates structure. In addition, the relationships between the characters and their development are both interesting and essential to the novel. Hawthorn utilizes symbolism and character development to make his argument—a critique on the overbearing Puritan society.

If you are forced to read The Scarlet Letter in school, instead of laboring over the book while complaining about Hawthorne, dive into the book with an open mind and form your own thoughts on the novel. Try your hardest to be interested and you’ll find that the book might be better than you thought it would be.

Previous For the First Time, Bees Officially Endangered in the U.S.
Next Sleep VS Studying