Home / Global Environment / For the First Time, Bees Officially Endangered in the U.S. 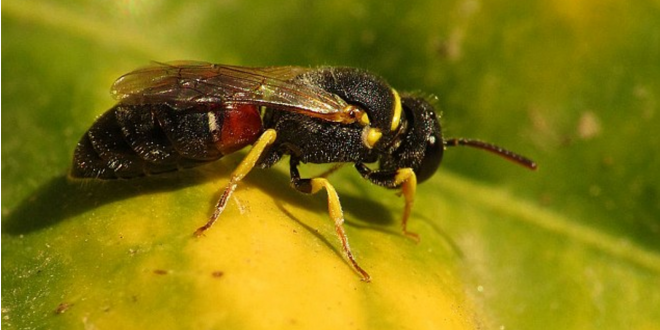 For the First Time, Bees Officially Endangered in the U.S. 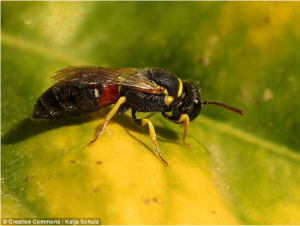 In Hawaiian folklore, two star-crossed lovers, Naupaka and Kaui, were destined to be forever separated. Naupaka took the flower from her ear and tore it in two, giving the other half to Kaui, so each of them would have a part of each other to cling onto as they went their separate ways. The flowers they crossed along the way felt their sorrow, and thus bloomed only in half-flowers, which came to be known as the naupaka flower. 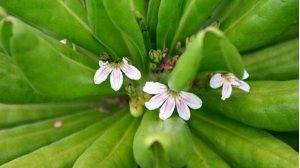 The naupaka, a beach shrub native to Hawaii whose flowers look like they’re missing half of their petals.

Now, these flowers are associated with another sad story: the story of their pollinators, a group of over 60 yellow-faced bee species, disappearing from the islands. On September 30, the U.S. Fish and Wildlife Service proclaimed seven of these species to be endangered—the first bees ever to make the list.

Times have changed immensely from the 1900s, when the yellow-faced bees were Hawaii’s most abundant insect. However, as a result of habitat loss, invasive species, and climate change, Hawaii’s only native bees rank as one of the least populated pollinators.

The results of scientists’ studies have alarmed both the general public and researchers alike. Until now, the yellow-faced bees have generally been ignored in terms of research and studies, but scientists believe their new endangered status will shine a greater focus on both the bees and conservation efforts in Hawaii.

For example, after much research and analysis, University of Hawai’i entomologist Jason Graham has developed an artificial nest box that keeps bees in and ants out. Graham hopes these boxes will bring adults back to areas where yellow-faced bees have been wiped out and help them reestablish populations there.

Scientific figures acknowledge the obstacles Hawaii poses when it comes to conservation; however, they are optimistic and hopeful for positive change.

Xerces executive director Scott Black states, “Hawaii is one of the toughest places to do conservation. That said, we can do more.” In 2010, the nonprofit Xerces Society, focusing on invertebrates, submitted a petition detailing federal protection of seven species of yellow-faced bees.

“A lot of people think of Hawaii as a lost cause because we have so many invasive species,” Cynthia King, entomologist with Hawaii’s Division of Forestry and Wildlife, says, but “we’re really well positioned right now to make headway for the bee.”

Cindy is senior at Henry M. Gunn High School and is incredibly honored to be a part of the Rising Star Magazine team. She enjoys belting out Disney songs, playing piano, watching Chinese dramas, and babysitting. Cindy serves as California DECA's VP of Silicon Valley and is also the singing teacher at FCSN and the President of HEARTS Nonprofit. She can be contacted at cindy@risingstarmagazine.com
Previous Scientists Prove there are Two Trillion Galaxies
Next Book Review: The Scarlet Letter