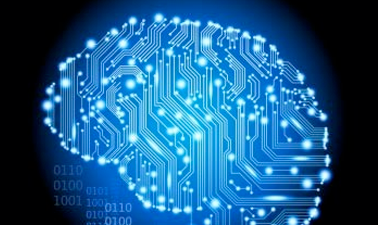 Artificial Intelligence (AI) may seem like the technology of the future, but we already use it in our everyday life. AI is an amazing type of technology. Engineers program machines to make independent decisions based on changing circumstances. A specific example of this is Façade, rated a video game of the future by The New York Times Arts Section. In the game, you’re visiting friends: a couple who live together. While you’re there, they get into an argument, and you’re supposed to solve it. You type into the computer what you’d like to say to them, and this is where the AI kicks in so that the characters are able to respond to you based on what you say. There are a huge number of endings, and they’re all determined by the dialogue exchanged between the player and the other characters. It even feels scary how similar it is to real life. AI is developing very quickly, and it’ll go beyond video games, whether you want it to or not. It has great potential, but there are negative sides to this as well.

Let’s look at the positive sides of Artificial Intelligence. Computers don’t need to rest, which means engineers can keep the machines on 24 hours a day, and that’s much more productive compared to a person working on an assembly line who needs to take breaks, earn an hourly wage, and wants to see his or her family at the end of the day. In addition to this, machines don’t experience stress and trauma the same way people do. Therefore, robots can help in extremely dangerous situations, where they won’t be overwhelmed. For example, a frustrated driver may drive recklessly. In contrast, a robot that automates this process will simply map out the route prioritizing time to the destination, reducing risk. Advancements in AI will contribute to future human safety.

Sure, there are a lot of advantages to robots of the future. Conversely, these tangible technologies have many opponents. If you’ve seen the Terminator series, then you’ll know about a robot with artificial intelligence named SkyNet. SkyNet decides to destroy the human race and inhabits the world humans built for his own purposes. With more sophisticated Artificial Intelligence developing, one fear is that this could very well happen in our world. Just as programmers can create AI, they’re able to keep it under control. Thus, smaller machines that are pre-programmed to do continuous small jobs, such as working on an assembly line, are already in use. The machines are able to do everything faster, more accurately, and with rarely any errors. They don’t have a consciousness. Basically, they’ll never get bored of the job that they’re assigned. Robots should be used for mind-numbing jobs. This way, people have more opportunities in finding an occupation that’s truly interesting to them.

Advancements in Artificial Intelligence are truly fascinating. Devices can complete operations that are either too dangerous or too monotonous for humans. In my opinion, as long as we keep intelligent electronics under control and have the capability to disable them at any time, all mechanics should be used to their full extent.