Home / Lifestyle / Art and Its Influences 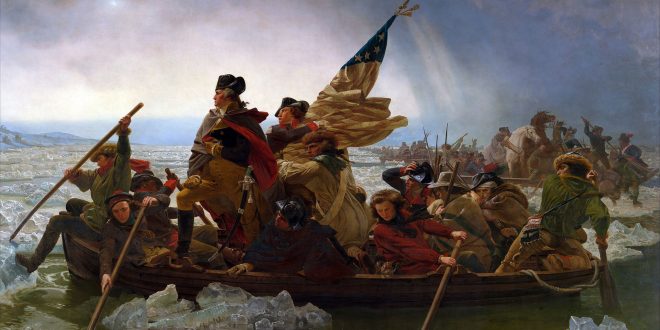 Art and Its Influences

Whether you’re admiring a splash of color on a mural at an art gallery in New York or peering at historical paintings in the French section of the Louvre Museum in Paris, you’re immersing yourself in a historical and cultural learning experience through art. As one of the most profound expressions of humanity, art extends beyond aesthetics and technique; it reflects life and has the power to inspire and to illuminate creativities. Powerful works by artists such as Emanuel Gottlieb Leutze, an American artist during the American Revolutionary War, Van Gogh, and Leonardo da Vinci can give people the inspiration to create, think, and freely express themselves.

Art can encapsulate history, capturing important events and evoking patriotism. With vivid depictions of General Washington leading and rallying his troops, as well as farmers burning their fields before the invasion of the British army, Emanuel Gottlieb Leutze reminds viewers of their past: what has been sacrificed to create our democracy and what they can aspire to be in the present or future.

Art has always been an outlet for artists to express their emotions and dreams. Much more than preserving what they saw, artists embedded feelings and sentiment in their depictions. Through the curving, swirling lines of hills, mountains, and sky, the brilliantly contrasting blues and yellows, and the large, flame-like cypress trees, Vincent van Gogh expresses his emotions and his turbulent mindset. He not only draws what he can see but also uses his imagination to embellish it, guiding the viewer through his inner dreams and thoughts.

Beyond its strong impact during the Renaissance, Leonardo da Vinci’s artwork ignites intriguing debates that last for centuries. The epitome of the Italian Renaissance during the 15th and 16th century, Da Vinci paintings ingrain long lasting effects on viewers due to his brilliant techniques that combine skillful perspective and color effects into exquisite compositions. An illustration of da Vinci’s technique can be seen in one of the most recognized portrait in the world, the “Mona Lisa”. Most viewers feel that the woman in the painting is watching them regardless of their position in relation to the frame. Some think that her mysterious smile seems to suggest a thought. Many contend that her partial smile is the cause of her unsettling effect on viewers while others attribute it to her unavoidable eyes. Thus, Da Vinci’s experiments with perspective create unforgettable impressions of people and immerse viewers in the wonderful world of his art.

Ultimately, art has transcended its original role as a tool to preserve history. It empowers artists to communicate in a very effective manner that instills a sense of imagination, arouses patriotism, and brings new ideas and cultures to light. So as a student, don’t be afraid to express your personality through your schoolwork or personal projects. Whether it’s a science poster or a research paper, remember your sense of aesthetic, creativity, and imagination, even in smaller details such as choosing the font size, color, and style. Most of all, the content of these projects should also be interesting and represent your uniqueness.

Megan is a senior at The Harker School. She is interested in applied mathematics, computer algorithms, artificial intelligence, cognitive vision science, and economics. Outside of school, she is a tutor and mentor at the Boys and Girls Club of the Peninsula (BGCP), a regular volunteer at Second Harvest Food Bank (SHFB), classical pianist, and an avid figure skater. In her free time, she enjoys exploring hiking trails in the Bay Area and Lake Tahoe, reading science fiction books, WIRED and The New Yorker magazines.
Previous Master of the Universe Stephen Hawking is Dead
Next Time to Appreciate Timed Essays