Home / News / Master of the Universe Stephen Hawking is Dead 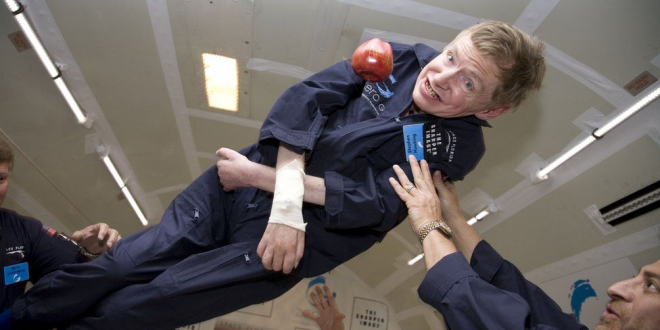 Master of the Universe Stephen Hawking is Dead

Stephen W. Hawking, the world renowned theoretical physicist, cosmologist, Director of Research at University of Cambridge’s Center for Theoretical Cosmology, and best-selling author died on Wednesday, March 14, 2018 at his home in Cambridge, England at age of 76. Dr. Hawking produced some of the most important cosmological research of his time about gravity and the properties of black holes.

Dr. Hawking’s best selling book “A Brief History of Time: From the Big Bang to Black Holes” was published in 1988. It was sold more than 10 million copies and inspired a 2014 documentary film “The Theory of Everything” that won actor Eddie Redmayne, who played Dr. Hawking, an Academy Award.

Dr. Hawking was born in Oxford, England on January 8, 1942. At 21, when he was a graduate student in 1963, he was diagnosed with amyotrophic lateral sclerosis, a neuromuscular wasting disease, also known as Lou Gehrig’s disease, and was told that he had less than three years to live. The disease reduced his bodily control to the flexing of a finger and voluntary eye movements, but left his mental ability untouched.

Despite his physical disability, Dr. Hawking roamed the cosmos from a wheelchair by pondering the nature of gravity and the origin of the universe, in turn becoming a symbol of human determination and curiosity. Dr. Hawking is perhaps the only scientist since Albert Einstein to so have captured the public imagination and endeared himself to tens of millions of people around the world.

Dr. Hawking was a man who pushed the limits in his intellectual life and in his personal life. He traveled the globe to scientific meetings, visited every continent, wrote best-selling books about his work, married twice, and had three children. He also appeared on “The Simpsons,” “Star Trek: The Next Generation,” and “The Big Bang Theory.”

He celebrated his 60th birthday by going up in a hot-air balloon. He even broke his leg by crashing his electric-powered wheelchair while speeding around a corner in Cambridge. For his 65th birthday, he participated in a zero-gravity flight aboard a specially equipped Boeing 727, a padded aircraft that flies a roller-coaster trajectory to produce fleeting periods of weightlessness. It was the prelude to a highly-anticipated trip to space with Richard Branson’s Virgin Galactic company aboard SpaceShipTwo. When asked why he took these risks, Dr. Hawking said, “I want to show that people need not be limited by physical handicaps as long as they are not disabled in spirit.”

Roger is a junior at Carlmont High School in Belmont, California. Roger serves as an officer of Help Everyone and Remember to Share (HEARTS) non-profit. Roger founded the first California Business Professionals Association (BPA) club at his high school and is active in other STEM related clubs. Outside of his busy school schedule, Roger practices karate, plays saxophone, reads, and volunteers for several worthy social causes in the US and China. Roger is extremely honored to serve as the News Column editor for the Rising Star Magazine.
Previous No Calves Sighted
Next Art and Its Influences