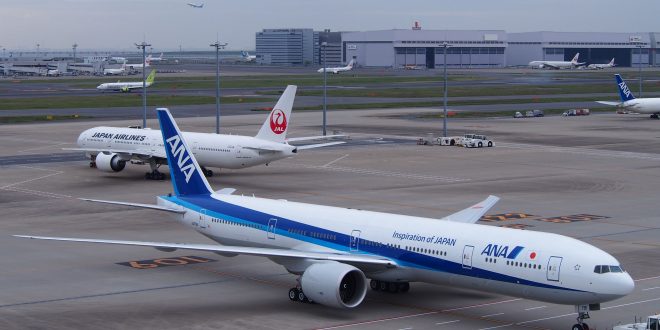 The two leading airlines of Japan

The two leading airlines of Japan

Air travel can always be a hassle, especially when it involves delays and poor service. While there isn’t any particular airline that is perfect, the two leading airlines of Japan, All Nippon Airlines (ANA) and Japan Airlines (JAL), stand above most other airlines, with a high punctuality rate and top-quality service. The Japanese people are known for their emphasis on punctuality and good service, and it isn’t a surprise to see those values reflected in the operation of their top two airlines.

Perhaps the most obvious of characteristic of these two airlines is their punctuality. At the airport, it’s unlikely that an ANA or JAL flight to Tokyo will be delayed, but it is more likely for your flight to New York or Beijing to be delayed. In 2016, Japan’s JAL and ANA ranked the third and sixth most punctual international airlines, at 87.8% and 85.54% arrivals on time, respectively. Compare that to Japan’s neighbors, China and South Korea, whose airlines Hainan Airlines and Korean Air were the least punctual international airlines, with a punctuality rate of 30.3% and 31.74%, respectively. Because of how reliable ANA and JAL are, being on one of these airlines gives you the ability to make travel plans without worrying about massive delays.

While punctuality is important to the quality of an airline, good service is perhaps even more important. Embarking on an ANA or JAL flight means being greeted by a smiling, polite flight attendant who will direct you to your seat. Upon reaching your seat, all your amenities will be there: a blanket, a pillow, and a decent set of headphones. On these two airlines, cleanliness is also not a problem. The tray tables, lavatories, and seats are spotless, and you won’t have to worry about opening up a tray table to a complete mess. Shortly after the airplane reaches cruising altitude, the flight attendants will be quick to offer you a drink, ranging from Japanese green tea to alcoholic drinks to soft drinks. Food service, which also comes shortly after, also includes a wide selection of food from Japanese to Western while also providing selections for people with dietary restrictions.

If you ever get a chance to fly on ANA or JAL, do not hesitate to do so. You will be blessed by the good quality and service, and perhaps even wonder if flying is not so bad after all.

Previous How Rare is Hurricane Harvey, Anyway?
Next Learning through Documentaries