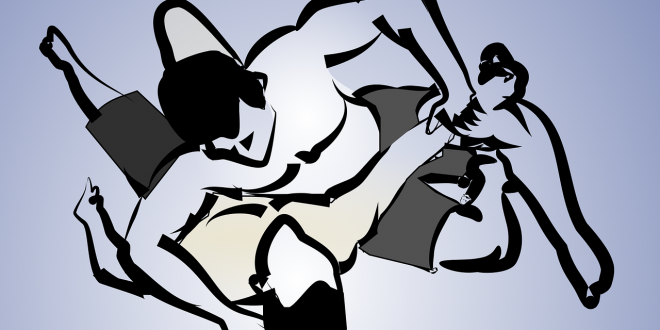 Wrestling is a challenging sport. There are three primary styles of wrestling: Folkstyle, Freestyle, and Greco-Roman. Each style has its own unique rules, scoring guidelines, and applications, as defined by the Mixed Martial Arts (MMA) Organization.

Freestyle wrestling is a style of amateur wrestling, and is the most commonly practiced style. Folkstyle wrestling is much more dangerous, and require that the participants are 18 or older.  Greco-Roman is used during the summer Olympics, ever since the first modern Olympics Games in 1896.

I practice freestyle wrestling. I learned that wrestlers are among the hardest working athletes. An important defining quality of a wrestler is that a wrestler must be willing to sacrifice. Sacrifice in wrestling means that a wrestler must be willing to meet certain physical demands while  maintaining a certain body weight level. Maintaining or cutting body weight is one of the major issues that puts a lot of stress and emotional impact on wrestlers. Wrestlers must consistently lower their caloric intake during the competition season in order to stay in their weight class.

I began wrestling when I was 13. Since I wanted to gain more muscle, I decided to join my school’s wrestling team. I found out wrestling is a harder sport than I expected, but I didn’t give up. I went to wrestling practice every day after school and worked hard. At first, I was upset for not gaining much of muscle, and even losing weight. As time went on,  I became better at wrestling and gradually gained muscle.

The rules of wrestling are simple. An athlete is forbidden from locking in a leg scissor move to the head, neck or body of their opponent. Scissor moves on the legs or arms are, however, permitted. If a wrestler is considered to be passive, they will be placed on a thirty-second shot clock. If neither athlete manages to score any points during those thirty seconds, the opponent is awarded a point. The passive athlete will also be given a caution. If a wrestler receives three cautions during a fight, they will be disqualified from the contest.

Wrestling is demanding and fun at the same time. I strongly recommend that you give a try.