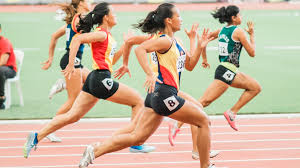 In the last hundred years, women have made great strides in many aspects of society. Rather than conform to the traditional role as stay at home mothers, they have broken out of that old stereotype to start taking high skilled jobs, owning property, and most of all, competing in sports. Today, women can compete in sports just like men. But even then, they still do not receive the same amount of recognition as their male counterparts.

People like Babe Didrickson and Billy Jean King have brought female athletes into the spotlight. Historically, women were thought to not be able to perform in sports because it was too physical. But now, women have become athletes through their consistent perseverance. In the last few years, this work ahs paid off: women have been increasingly given more “mainstream media” awareness through the likes of the WNBA.

But still, women are not given the same appreciation as men are in the arena of sports. They are pressured to not go past a certain point that takes them away from their femininity. They can play sports, but not be masculine. Even though they are given endorsements, it is partly based on appearance alone.

Last year, the United States women’s soccer team filed a gender discrminiation lawsuit against the US Soccer Federation. They said that they played more games, and won more, yet were paid less, all true statements. Women like these who are fighting for equality have been seen throughout history trying to spread awareness of the gender inequity visible in sports. This could be seen as late as 1967, where Kathrine Switzer, the first woman to attend the Boston Marathon, was being pushed aside as she was trying to compete.

Women have proven themselves just as capable as men, and people should work together to level the playing field between sexes in competitive sports.