Home / Opinion / When To Give Up 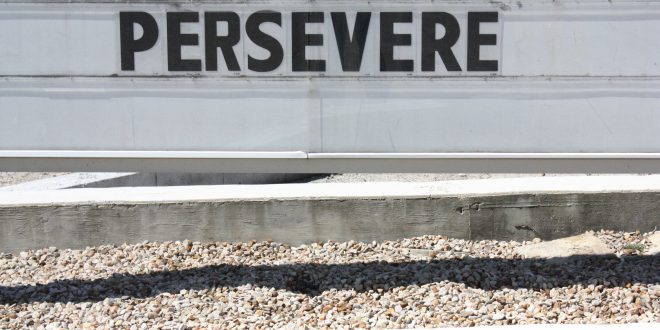 When To Give Up

You’ve finished nearly all of your Chipotle meal––sitting there slumped in your chair, fork dangling from a few tired fingers, stomach seemingly twice as large than it was half an hour earlier. “I can’t finish this,” you mumble. “Eat it all,” your mom replies sternly. “I paid eight whole dollars for that bowl. It’s a waste if you leave leftovers.”

At this point, you’ve already remembered the children in Africa before they were going to be mentioned, so you groan and reluctantly finish it off. After all, it did cost quite a bit of money, and it would be wasteful if you didn’t eat it, right? Right?

This is a common misconception people possess as shown by their everyday actions. Can’t finish your food but not eating it would be a waste? Stuff it down your throat. Invested in a stock but it’s starting to go down? Well, I already went all in, so might as well wait a bit. Halfway through an essay, but thought of a better idea? Eh, I already started, there’s no point in redoing it now. We often hold the belief that because we’ve gone a certain distance or completed a relatively large percentage of some task, that we should follow through until completion no matter what qualms arise. Sometimes, these decisions and regretful thoughts are not the end result of logical reasoning. Instead, they are compelled by the fear of short term loss and immediate waste, rather than decisions made in the interests of the long term and overall benefit.

Rewind a bit, to that moment after your mom reprimanded you for your lack of acknowledgement of the kids half a world away. At that point, where you’ve already bought the Chipotle, and ate most of it, what are the results of both eating it and leaving it? If you eat it, you run the risk of getting sick. If you don’t eat it, you’re full and more importantly, not sick. One might argue that you’ve now “wasted” food. But what impact does “waste” really have? Yes, waste is bad, but is that something anyone can fix now? You’ve already exchanged eight bucks for an oval bowl of grains and vegetables. There’s no going back and returning it, or traveling back in time to skip it, so the best path to take now is to not eat it, avoiding any adverse health effects.

Let’s take another example of something also decently relatable––course selection. Say you’ve taken honors English for two years now, and you’re choosing classes for your junior year. Your teacher has told you, and you know, that the only tangible reason to follow the honors English path is to take AP English senior year. However, something you also know is that honors English 11 takes up a lot of your time. You have two choices at this point: to take honors next year, or to not (and maybe also get ridiculed by your supposedly intelligent friends). Now, you’re planning on doing five separate STEM extracurriculars next year, and honors English might be just a bit unrealistic to squeeze in your schedule. Now, your thought process is probably going to be something like: if I take honors English, my schedule is going to be as tight as ever (giving me a whopping average of four hours of nightly rest), and if I don’t, I’m going to have wasted the last two years of strenuous classes to drop honors junior year.

Wait a second; why does that even matter? Why does the fact that you’ve taken honors English for the past two years even factor into the decision you’re making today? If you think about it, it really doesn’t matter. In both worlds––whether or not you end up taking honors––you’re still going to have had taken the last two years of honors. Now, you’re deciding your future, and your past shouldn’t matter. Taking honors next year doesn’t increase the benefits you receive from having taken honors before. It just fills up your schedule, preventing you from participating in activities that hold greater significance to you. If you don’t take it, however, you may have “wasted” the past two years, but you’ve made the best choice for your future and yourself.

Just because you’ve started making a bad choice in the past, doesn’t mean you should follow through to completion. Someone has probably told us at some point that quitting is for the timid and weak-hearted, that those who are stronger persevere. That’s not the right mindset to have. Often, we are so afraid to let go and admit our possibly disadvantageous choices in the past that it prevents us from pursuing a different and better path going forward. Instead of holding tight to the ideal that stopping mid-way is always harmful, we must always consider the benefits and consequences.

We’re always told to keep going no matter what gets in our way. But sometimes, persevering is the easy way out.