Home / Tech/ Science / The Process of Building a Computer 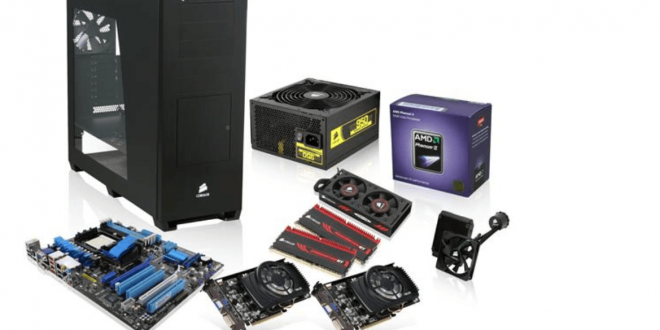 The Process of Building a Computer

To many people, the process of building a computer sounds extremely arduous, but the truth is far from it. Thanks to modern day technology, the parts of the computer are already put together and all one has to do to “build a computer” is stuff the parts in a box we know as the computer case.

If you are interested in building a computer, you will need the following parts: a cpu, a motherboard, a power supply, RAM sticks, a case, a GPU (graphics card), an operating system, a storage device, and possibly a heatsink (water cooling or fan). To choose the right parts, you first need to know what you will be using the computer for. If you are just going to use it for browsing or other simple functions, you would not need to buy high-end parts. However, if you are going to be using it for “high-quality work” you might just need high-end parts. There are many different high-end parts, too many to be listed here. Instead, here are the best of the best. The best CPUs would be the Core i9x and the Ryzen Threadripper while the best GPU would be the NVIDIA GeForce 1080 Titanium. Recommended parts for less arduous task would be Intel Pentium for the CPU, which comes with integrated graphics that should be sufficient for your needs. The AMD Radeon R7 is also a good budget choice for a GPU. Buying a computer case is mostly based on preference, but be sure to it is compatible with the parts. Before you buy all of your parts in one go and find that they don’t fit, you can check the compatibility on PCpartpicker.com.

Putting it all Together

It is actually quite simple really. If you get parts that fit, follow the instructions written on the manuals usually located inside of the box. Motherboards usually have “clogs” that you may need to push or pull in a certain direction to allow the cards to fit. Fitting the CPU is tedious as some components of heatsinks can cause damage to other parts. Cable management is also extremely important and you need to plug the wires into the right places, or else everything will be messed up. Once you are done setting up the hardware, it is time to set up the software. Most people choose Windows as their OS, but you might settle with cheaper ones such as Ubuntu or even a free one such as SteamOS. Be sure to boot it on the right Hard Drive (boot it on the SSD, a special type of drive offering extreme speed improvements over a hard drive, if you choose that path) and set the drive as boot priority. Congratulations! You have finished your computer. Now, you can do whatever you want as long as it is within the computer’s capabilities.

Building a computer is cheaper and much more sentimental than just buying a prebuilt computer, so if you’ve never considered buying a new computer, I recommended that you build it!

Previous When To Give Up
Next Portion Control Techniques