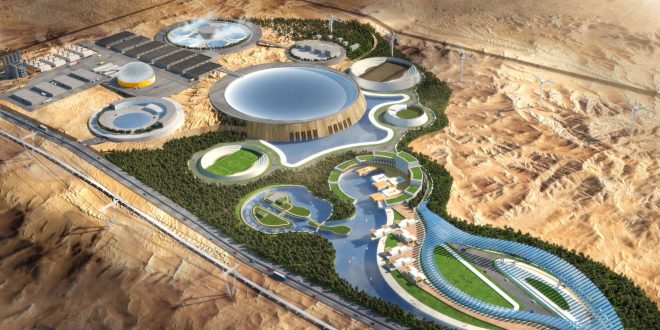 The Department of Energy recently announced it plan to build a nuclear reactor, its first since 1970. This will not be just any reactor however, as the reactor that is currently being planned is known as a Versatile Test reactor, and can test certain materials and designs for nuclear technology, along with reuse its own fuel. The reactor will use a more enriched fuel, containing more Uranium-235 and allowing to produce more energy. It will products “fast” neutrons, which contain high amounts of energy, and can be used for testing the development of other “fast” reactors like the VTR, which will allow for another alternative to fossil fuels. An ordinance passed by congress in 2017 directed the Department of Energy to build a VTR by 2025, in order to allow American nuclear technology to be less dependent of foreign countries. The contract was given to GE-Hitachi and there are collaborators from Japan, France and South Korea.

This project has a price tag of 4-6 billion dollars, and will be able to be completed in 7 years. It will be built in Idaho, and used to test projects that the government believes will be useful in developing new technology in the future. This project has already received funding from Congress, and has bipartisan support. Nevertheless, there are still many critics of this issue. They say that the project is not necessary, and that testing will take too long. Additionally, the reactor will be a potential target for terrorism, as it is produces Plutonium, the material that can be used to directly build nuclear weapons. This test reactor also poses more of a danger in case of a failure, because it contains so many high energy neutrons and “stronger” fuels. The issues were the main points brought up by Edwin Lyman from the Union of Concerned scientists. He states that “”H.R. 4378 authorizes the Department of Energy (DOE) to construct this facility … without really knowing how much it would cost or how long it would take, let alone whether there was a significant need for it in the first place.’”

Kemal Pasamehmetoglu, the lead scientist of the VTR project, believes that this reactor is vital to the development of future U.S. technology. “‘It’s just a start’” he says, but he hopes that this reactor can develop an efficient nuclear alternative to fossil fuels

Previous New Zealand PM’s Office Received Terrorists ‘Manifesto’ Minutes Before Attack
Next Is There Such Thing as a “Superfood”?