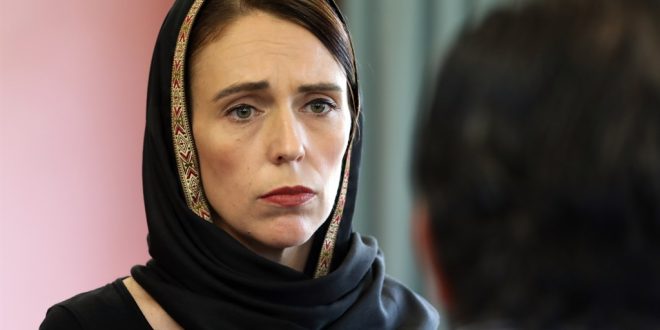 Just minutes before a gunman opened fire on worshippers at two mosques in Christchurch, New Zealand, his white nationalist manifesto was emailed to dozens of local and international media outlets — and even the prime minister’s office. Later, the authorities announced Saturday that the death toll for the attacks rose to 50, with 50 others injured. The shooting suspect, 28-year-old Brenton Tarrant, made his first court appearance Saturday and is being detained on a murder charge.

“I was one of more than 30 recipients of the manifesto that was mailed out nine minutes before the attack took place,” Ardern told reporters. “It did not include a location, it did not include specific details,” she said, adding that it was sent to security services within two minutes of receipt.

She also said Facebook’s chief operating officer, Sheryl Sandberg, had sent condolences over the shootings, some of which were live-streamed over the social media platform. “Certainly, I have had contact from Sheryl Sandberg. I haven’t spoken to her directly but she has reached out, an acknowledgment of what has occurred here in New Zealand,” Ardern said a media conference when asked if Facebook should stop live streaming. “This is an issue that I will look to be discussing directly with Facebook,” Ardern said.

The gunman live-streamed the attacks using an app designed for extreme sports enthusiasts, with copies still being shared on social media hours later. Ardern was joined by Australian Prime Minister Scott Morrison in expressing doubts that current rules go far enough. Morrison said that social media companies had “co-operated” since the attack. “But I sadly have to say that the capacity to actually assist fully is very limited on the technology side.”

As a result, the death toll rose to 50 on Sunday when police found another body, and the bodies of some of the victims were to be released to loved ones for burial. It is customary in Islam to bury the dead within 24 hours, but police did not release the bodies immediately because they were investigating.