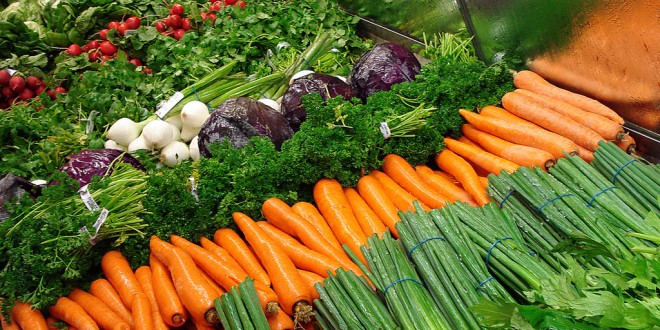 Veganism is a lifestyle in which one abstains from eating or buying any meat or animal products. These include all meats, foods such as milk, eggs, cheese, and yogurt, and other animal products such as clothing or accessories made from fur or leather. Vegans advocate for animal rights, as many companies severely and cruelly mistreat the animals that they later sell as meat. In addition, animal agriculture harms both the planet and its inhabitants. Natural habitats of animals are destroyed to create grazing room for animals such as cattle. The destruction of this land speeds up the process of global warming due to the decrease in large plants and because of all the fumes produced by the machinery used to remove these plants. This is not to mention that the grain fed to animals can adequately feed the majority of starving and malnourished people in the world. Although it may be portrayed as a “trend” by the media, veganism is clearly done with good intentions.

There are benefits and costs to being a vegan. In general, vegans tend to have a higher life expectancy, as they are more aware of what they are eating. By eliminating all products that use animal products or parts of animals, they are avoiding many foods that have unhealthy saturated fats, such as bacon and hamburgers. However, becoming a vegan is not simple. To begin with, suddenly eliminating all animal products from a diet will have a negative effect on the body, as it does not yet know how to compensate for all the proteins and good fatty acids that are lost. It is important to work in small increments, first taking out red meat, then white meat, and finally slowly eliminating animal products such as eggs and milk.

As a vegan, it is important to find healthy substitutes for these foods, as the body still needs the same amount of vitamins, fats, and proteins to function properly. Green leafy vegetables like kale and spinach are good for replenishing iron and calcium. Products such as soymilk and almonds can help with adding protein to a vegan diet. It is also crucial to note that products that are specifically vegan tend to cost more than non-vegan products.

Not everyone is physically capable of becoming a vegan. Some people’s bodies may work in different ways, making it necessary for them to consume certain animal products in order to keep their body fully functioning. Other people may not be able to be vegan due to environmental or economic factors. However, it is still possible to support the vegan lifestyle by refraining from buying clothing or accessories that contain animal parts, and by informing others about this lifestyle.

At the end of the day, it is each individual’s choice whether or not to become vegan. It is important to keep in mind that although veganism helps the individual and the planet in many different ways, there are people who are simply incapable of becoming vegans for physical or personal reasons. That being said, it is always possible to spread this information to others and get them to help make this world a better place for both humans and animals!