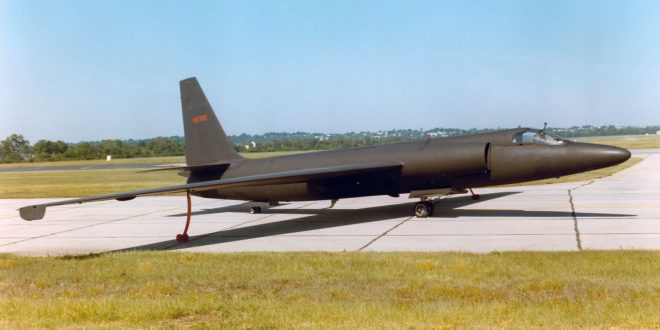 U2 ‘Dragonlady’ secret planes spying on ISIS from extreme altitudes

Capable of flying near the edge of space, over 70,000 feet into the air, the U2 “Dragonlady” plane will play a huge role in the fight against ISIS.

Pilots of the “Dragonlady” must be dressed in yellow compression suits and wear white helmets, similar to the attire of an astronaut preparing for a space flight. According to CNN Senior International Correspondent Fred Pleitgen, these pseudo-spacesuits “need to be cooled the entire time, otherwise the pilots would die of heat exhaustion in a matter of minutes…”

Captain Steven is one of the few pilots who are adept enough to fly a U2 “Dragonlady” plane. As he was getting ready for his 10-hour mission aboard one of these phenomenal planes, “he was connected to a mobile cooling unit the entire time” (Pleitgen).

The landing is even more difficult; because the landing gear is aligned similarly to the wheels of a bicycle, a second pilot following in a chase car is required to guide the leading pilot.

The “Dragonlady” was flown in the 1950’s in the Cold War Era but modern modifications today such as new cameras and sensors allows it to receive better information. Along with drones, planes like the “Dragonlady” are valuable assets to the airborne surveillance that aims to destroy ISIS.