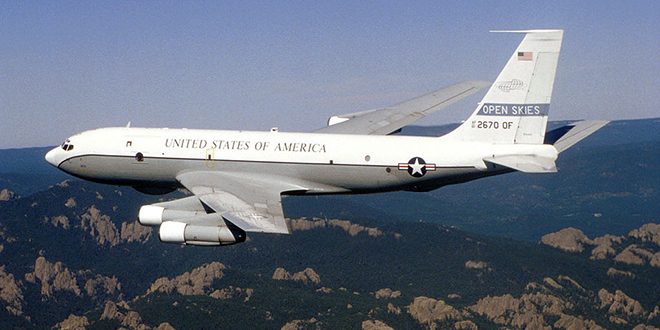 On May 21st, 2020, the Trump Administration announced that it would be withdrawing from the Open Skies Treaty.

The Open Skies Treaty was first negotiated in 1992 by President George H.W. Bush and Secretary of State James Baker, and went into effect on January 1st, 2002, to allow all 35 participant nations to conduct aerial surveillance operations in each others’ airspaces to ensure that no country was preparing for war. The Trump Administration’s action to withdraw from the treaty could foreshadow the future withdrawal of the United States from New START, a major arms agreement between the U.S. and Russia that limits both countries’ nuclear arsenals.

The U.S. has long complained about Russia violating the Open Skies Treaty by not permitting surveillance aircraft to fly over certain Russian cities and Russian military exercises. Concerns of American national security also play a role in the U.S.’s withdrawal. The Pentagon and American intelligence agencies suspect that Russia could be using surveillance flights to map out critical American infrastructure that could be disabled with conventional weapons or cyberattacks.

However, collection of such information was not prohibited by the treaty, and much of said information is now publicly available on websites such as Google Earth.

The Open Skies Treaty is now the third major arms control treaty that the Trump Administration has announced its withdrawal from. The previous two treaties are the Iran nuclear accord, signed by President Obama, and the Intermediate-Range Nuclear Forces Treaty.