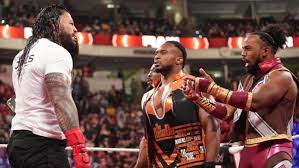 WWE is a fast-paced and thrilling sport that never ceases to be entertaining. It is an American publicly traded and privately controlled entertainment company that creates money from viewership of their wrestling, as well as through music, film, etc. In 1952, Roderick James “Jess” McMahon and Toots Mondt created the Capitol Wrestling Corporation (CWC) and joined National Wrestling Alliance (NWA). In 1954 “Jess” McMahon died and his son Vincent James McMahon was brought in. This younger McMahon and Mondt became highly successful and started dominating most of the wrestling business in the Northeastern parts of the United States for almost a decade. After having a disagreement in the booking of an awarding of a championship, both men left the NWA and formed the World Wide Wrestling Federation (WWWF). It had grown highly successful by 1970 and was operated under the parent company of Capitol. Mondt had left Capitol in the late 1960s and Vincent J McMahon quietly rejoined the NWA in 1971.

The WWWF underwent a name change, shortening the name to World Wrestling Federation (WWF) in the year 1979. Vincent J McMahon’s son Vincent Kennedy McMahon and his Wife started Titan Sports in 1981 and bought Capitol from his father in 1982. After leaving the NWA and hiring new stars like Hulk Hogan and Roddy Piper which would help elevate the product to heights never seen before, Vince McMahon Jr. started expanding heavily with major TV deals and the much successful “WrestleMania” which created a connection between wrestling and non-wrestling fans. A few rough phases and drug allegations created a bad reputation which caused many top stars of the WWF to leave for a new rising rival company called World Championship Wrestling (WCW). After the infamous “Montreal Screwjob”, the Monday Night Wars began and TV ratings went through the roof. The WWF eventually won the “war” and bought out WCW.

In 1998, Titan Sports was renamed World Wrestling Federation, Inc. and a year later it was renamed again, this time it was named World Wrestling Federation Entertainment, Inc. In 2002, WWF announced the change of its name to World Wrestling Entertainment (WWE) which would highlight the entertainment-based ideal of the business and also in part due to the similarity it shared in its initials with the World Wildlife Fund (WWF) since 1979. Both companies reached an agreement upon the matter in which the latter would keep the initials. In 2011, World Wrestling Entertainment announced that although the company name will still remain the same, it will drop all mention of the full name of their company and only refer or mention it by its initials “WWE” before the launch of the WWE Network. The initials remain to this day.

This sport has a vast history that many people do not appreciate. A reason for this could be the modernization of wrestling. It isn’t the same as in college where there are real rules and points and maneuvers that each of the opponents uses on one another. IT is scripted to the tee and the winner is already decided before the match has begun. But this also gives opportunity to wild acrobatics or even the use of props to beat up the opponent for visual effect and for the entertainment of all the viewers.