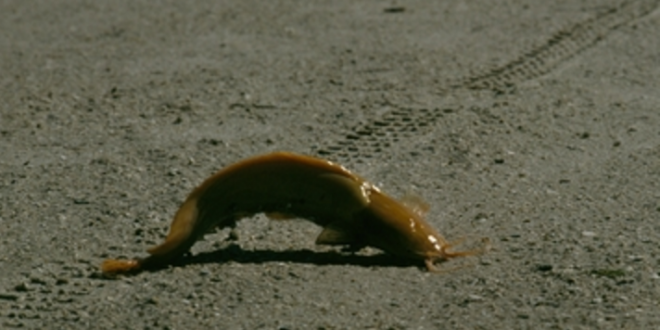 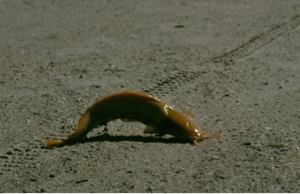 Have you ever heard of a walking fish? Well, even if you don’t believe it, there is a fish that can walk! It’s called the walking catfish. This breed of catfish is (obviously) unlike other fish. When you pet most fish, you need to pet them in the direction from their heads to their tails because of their scales. But you can pet the walking catfish any direction you want to, because they don’t have scales!

These fish are typically a shade of gray or gray-brown, with small lateral white dots accompanying the color. The catfish has four pairs of barbels(the whisker-like things growing near the jaws) and two pairs of fins, which they use for “walking”(they actually move like a snake, but since they aren’t as long as a snake, they seem like they are hopping on the ground with their bellies on the floor).

The walking catfish are like frogs; they can survive in water and on land because their gills are special; they possess a large accessory breathing organ which allows them to breath oxygen in the air, though they can survive longer on land during, or after, a rainfall. They mostly live in the southern part of Asia, but some live in Florida.

Cindy is senior at Henry M. Gunn High School and is incredibly honored to be a part of the Rising Star Magazine team. She enjoys belting out Disney songs, playing piano, watching Chinese dramas, and babysitting. Cindy serves as California DECA's VP of Silicon Valley and is also the singing teacher at FCSN and the President of HEARTS Nonprofit. She can be contacted at cindy@risingstarmagazine.com
Previous The Real Life Iron Man Suit is Here
Next What is Cultural Appropriation?