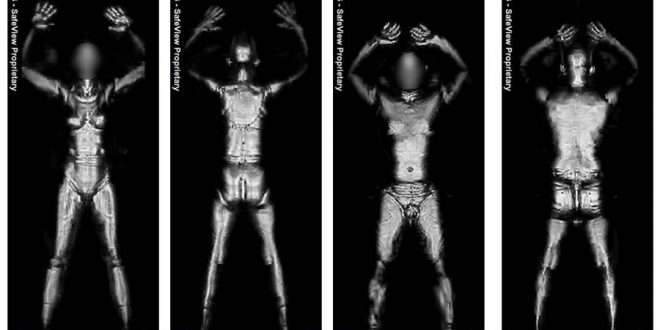 The Transport Security Administration, known colloquially as the TSA, is often at the subject of controversy about their methods of searching and clearing people to proceed to their flights. With air travel becoming more prevalent after a lull caused by the 911 Attacks, more people are crowding past security checkpoints, often causing hour-long waits. Considering these lengthy lines, flyers often wonder if their methods are truly effect. So what technology does the TSA employ to justify these long waits?

At the conception of the TSA, the organization employed x-ray scanners for baggage and simple metal detectors for passengers. Metal detectors work by sending a signal from one side of the “booth” to the other, and it’s reflected back to a receiver. Metal will disrupt the signal, thus triggering the detector. Because there are so many minor metal components in our clothes, even in our bodies and teeth, they are adjusted only to detect larger items and not every tiny piece of metal. Evidently, these methods failed to stop the 911 Attacks from happening, so the TSA started upgrading security to more intrusive methods.

Today, the TSA uses Backscatter X-ray scanners and Millimeter-wave scanners to paint a full 3D picture of a specific passenger. Millimeter wave scanners use non-ionizing electromagnetic radiation similar to that used by wireless data transmitters, in the Extremely High Frequency (EHF) radio band, which is a lower frequency than visible light. The health risks posed by these machines are still being studied, and the evidence is mixed, though millimeter wave scanners do not generate ionizing radiation, the only type of radiation which causes cancer.

On the other hand, Backscatter X-ray scanners uses low-dose X-rays, whose high frequency allows it to penetrate clothing and into body cavities to find hidden weapons, both metallic and non-metallic. The organization argues that the low dose applied to humans are not carcinogenic, but other issues have popped up regarding its ethical use, as passengers’ naked bodies are shown in a 3D model visible to all TSA agents. The lower-tech pat-down is just as infamous for pushing the edges of violating the 4th Amendment.

Regardless of their effectiveness, the TSA is continuously innovating to give passengers a sense of safety, albeit quite intrusive. Needless to say, the very existence of these scanners in the airports are a large deterrent to any potential terrorists.

Previous Sheltering
Next Thinking With Your Stomach