Home / Health / The Resurgence of Typhoid 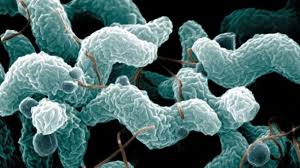 The Resurgence of Typhoid

If you are planning a trip out of the country, especially to non-industrialized areas of the world, consult your doctor about the necessity for a typhoid vaccination. Typhoid is a solely human disease that is spread by contaminated food and water in places with poor sanitation and hygiene. While only a few hundred cases are reported in the United States every year, worldwide about 22 million illnesses and 200,000 deaths are caused by typhoid.

In America, typhoid fever has been inextricably linked with the infamous Typhoid Mary. Mary Mallon was a domestic cook in the New York City area at the turn of the last century. She worked for seven families over seven years and is believed to have infected 51 of these people with typhoid fever. Three of which died from typhoid. After an investigation, instigated by one of the afflicted families, it was determined that Mary was the source of the illness and she is the first person in the United States to be identified as an asymptomatic carrier of the organism causing typhoid fever, Salmonella typhi.

Typhoid symptoms range from mild to severe, with onset of symptoms beginning six to 30 days after infection. With onset of symptoms comes fever, abdominal pains, headache, constipation, and general weakness. Occasionally, a skin rash will also occur. The illness may last for weeks or months if left untreated. In cases of extended illness, the patient may present with other symptoms, including delirium, distended abdomen, and intestinal hemorrhage. During the American Civil War, more soldiers died from typhoid and dysentery than died from battle injuries.

With increasing knowledge and application of good hygiene and sanitation, diseases like typhoid diminished dramatically in our modern era. With the advent of antibiotics during and after World War II, typhoid fever became even less of a threat. In many parts of the world, however, lack of good sanitation has meant that antibiotics are a primary defense against such diseases. The overuse of antibiotics has led to the incremental development and acquisition of antibiotic resistance by many disease causing organisms. Initially, organisms that were resistant to one antibiotic could be treated by another antibiotic. Yet, disease causing organisms ultimately arose that were resistant to multiple antibiotics.

In 2018, an extensively drug-resistant Salmonella typhi was reported in Pakistan. It is resistant to most drugs available to treat typhoid and is believed to have infected over 300 people since 2016. Previous strains of typhoid, that initially took hold in Asia and Africa, were found to have eventually spread around the world. With treatment options for typhoid running out, the best medicine may be prevention.  Use good hygiene and ask your doctor about the typhoid vaccination.