Home / News / The Fires in the West 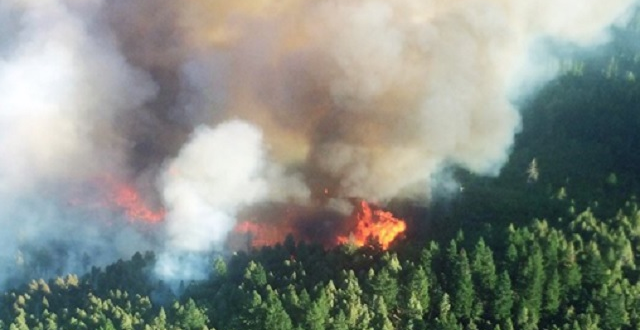 The Fires in the West

On Saturday, hundreds of people around Los Angeles fled their homes in order to escape the largest fire in the city’s history. As authorities ordered evacuation for about 700 homes, the fires razed almost eight square miles of mountain. Los Angeles was not alone, however. All throughout California, temperatures have been reaching new highs. For example, temperatures reached 115 degrees south of San Francisco. In fact, it was so hot that BART officials ordered sun-exposed trains to slow down in anticipation of the heat warping the rails. But not even California is alone in this heat. Washington, Oregon, and Montana were also affected by this heat wave.

In Oregon, smoke filled the air as dozens of wildfires blazed. About 140 hikers were forced to take shelter on a trail after being caught in between two fires and were later rescued by helicopter. Near Seattle, more than 23 square miles of land have burned and 3,800 homes were threatened. The causes of the fires can be attributed to high temperatures, little rain, and dry vegetation, making them more susceptible to fires.

Roger is a junior at Carlmont High School in Belmont, California. Roger serves as an officer of Help Everyone and Remember to Share (HEARTS) non-profit. Roger founded the first California Business Professionals Association (BPA) club at his high school and is active in other STEM related clubs. Outside of his busy school schedule, Roger practices karate, plays saxophone, reads, and volunteers for several worthy social causes in the US and China. Roger is extremely honored to serve as the News Column editor for the Rising Star Magazine.
Previous Positives and Negatives of High School Summer Classes
Next Kevin Durant: A Remarkable Team Player