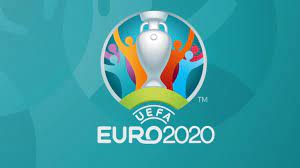 When talking about the most important sports awards, many names come up. The NBA title, the NFL Lombardi Trophy, etc. But what many don’t think about is Soccer. Once you consider it, the World Cup title is probably the most important and impactful sports award ever, since it is won for one’s country. It demonstrates national pride and love. Another soccer tournament very much like the World Cup is the EUROS. This soccer tournament is programmed almost exactly like the World Cup, except it takes place among European national teams exclusively.

The structure of the EUROS is very similar to that of the World Cup. Many countries around the continent will face off in the qualifying round, in which the two winners from the ten groups will advance on and be split into 5 groups of 4 teams, just like the World Cup. They will then advance depending on if they win or lose.

As the tournament comes to a close with Italy and Spain facing off and England and Denmark facing off, there are many questions as to who will claim the title of Golden Boot. This award is given to the player with the most goals. But, this year, unlike others, has two players with an equal number of goals, 5. Many can guess who the first player is, Juventus’ forward Cristiano Ronaldo. The other name, maybe not as famous, but just as talented, is Patrik Schick. Since they are in a tie, the committee will be choosing based on assists as well, and since Portugal’s Ronaldo has one against Germany, he will most likely be the winner of this prestigious award.

The Euros are a time for nations to join together and cheer on their team. In times are hardship and distrust, events like these can bring people together as one to support an important cause. This isn’t just a tournament for soccer, it is a sense of unity among all the people watching, fighting for this cause.