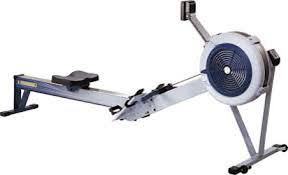 Whether you’re a bodybuilder, football player, or just someone who wants to get in shape, doing cardio is one of the most important methods of losing fat and maintaining muscle. Cardio entails any rhythmic physical activity that raises heart rate into an elevated zone, and common examples of this include running, swimming, or jumping rope. However, today’s article is going to expound upon a lesser-known cardio workout. “Erging” is an aerobic exercise that is spiking in popularity within the fitness community due to its exceptional results when used in combination with any workout or sport.

Erging is a cardio movement that mimics the stroke of a rower; and can be done on an ergometer, water rower, or hydro row. The substantial results that can arise from erging can be attributed to multiple reasons listed below:

1) Erging, unlike many forms of cardio, is a total body workout. While 65% of the work done on the erg is by the lower body, including the quads, hamstrings, and calves, the rest of the work is done by the upper body. Many of these important muscle groups utilized from the upper body include the lats (back), pecs (chest), delts (shoulders), and abs.

2) Erging is a versatile form of exercise that is accessible to people of any fitness level. While many successful bodybuilders have incorporated erging as a method of warmup and cool-down, many weight-loss seekers use erging as a mainstay in the workouts, erging for up to an hour at a time. A 2015 study showed that erging five days a week for six weeks led to a significant decrease in body fat, as well as lowered cholesterol and boosted back strength and flexibility.

3) Erging is a low-impact sport. Unlike other forms of cardio, such as running, that are heavy on the joints, erging allows for a low-impact exercise while getting the same results. Even those who are injured, especially with knee, elbow, shoulder, and lumbar related injuries, found that after light erging for multiple weeks consistently, their flexibility and movement was increased. A study on athletes over 8 weeks in 2014 found that their flexibility improved by 30 percent.

4) Erging can be calming. With erging, you can quickly get into “the zone”, which comes easily from the smooth and repetitive motion you establish on the machine. Listening to music or a podcast while you find that zone can be a way of releasing stress or letting your mind wander. Furthermore, the endorphins that are released from the exercise help you to decrease anxiety and feel calmer.

With these four points of benefit, I hope that I’ve given you an insight into how great erging can be for the body. Perhaps in your next trek to the gym, you’ll decide to give the erg in the corner a second look — you won’t regret it!