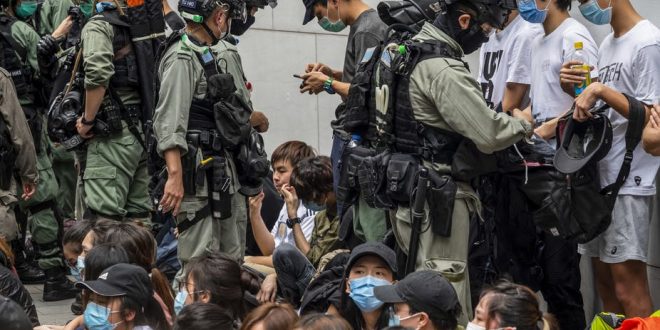 On June 30th, 2020, China passed a controversial new national security law that grants China new powers over Hong Kong that many believe could threaten the semi-autonomous state of the city.

Beijing has been attempting to pass the national security law since 1997, the year Hong Kong was handed back to China from Britain. Many politicians in Hong Kong have also attempted to pass the bill, but all have faced fierce opposition from the public.

On May 22nd, the bill was proposed in the Chinese parliament, the National People’s Congress. Though Hong Kong does possess an independent legal system, its constitution does allow for Beijing to make laws for Hong Kong. Because of this, the citizens and leadership of Hong Kong could do little to nothing to oppose the passing of the bill.

The four chargeable offenses detailed in the law are secession, subversion against the central Chinese government, terrorist activities, and collusion with foreign forces to endanger national security.

The law allows for Chinese officials from the mainland to operate in Hong Kong for the first time, and gives them the power to override local law. The law can also impact foreign Chinese nationals living overseas. Calling for the independence of Hong Kong will now be considered a crime under the title “secession”, and vandalism of public property will be considered terrorism.

In 2019, after China passed a bill that would allow for criminal suspects from Hong Kong to be extradited to the mainland for trial, many Hong Kongers took to the streets, believing that the law was an attempt by the Chinese government to extend its influence over the city’s independent judicial system.

This new national security law could severely infringe upon the unique freedoms granted to citizens of Hong Kong and to no other citizens of China, though we are yet to see what its true impact is in the long run.

Previous The ERG
Next Incited Civil Division Through Misinformation