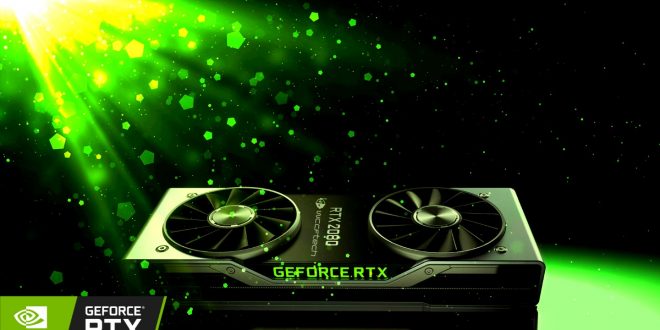 RTX: New Generation of the GPU

After two years of waiting, Nvidia finally released their newest addition to the Geforce family, the RTX 20 series. The new turing architecture in this series improves airflow, allowing heat to dissipate easily. And now, instead of having to buy the 1st hand reference card, Nvidia now offers a 1st hand card with dual fans and a pre-overclock that allows for an actual replacement to 3rd party cards. The new RTX 20 series will feature Ray-Tracing on the 70+ models (2070, 2080 and 2080 TI), with new tensor (DLSS) cores featured on all models. Ray-Tracing is claimed by Jensen Huang, the CEO of Nvidia, to be the future of graphics, allowing light rays and their physical properties to be replicated through enormous computational power. The two most hyped up games – as shown in the reveal of the RTX family are Battlefield V and Shadow of the Tomb Raider. Once they are maxed out in potential, it is expected that they will be able to run 60+ FPS at 1080p. This is a incredible run rate when the amount of power needed to Ray-Trace is considered. But remember, although this may sound enticing, it is better to wait for the product review rather than being too hasty and pre ordering, as these new cards require a hefty sum. The 2080 model is selling for a steep price of $800 while the 2080 TI model is selling for an even more exorbitant price of $1200. 3rd party brands such as ASUS, Zotac, Gigabyte, EVGA, MSI, and PNY have already created their own lineups, adding extra sums to the already high price tag if you choose buy them. When they are released, they may truly pave the way for future graphics cards.

Previous Climbing, Good or Bad?
Next Stretching against Stress