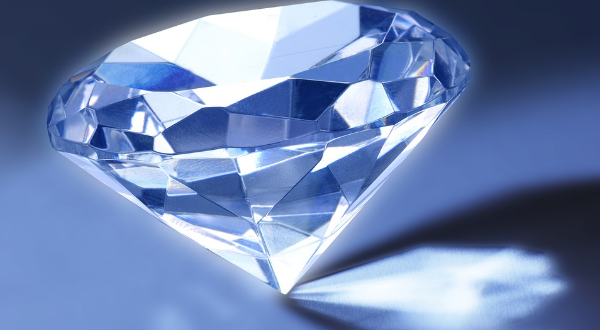 Rock into Diamond, Diamond into Dust

Report card day. The day that every student either dreads or anxiously awaits. When the report cards roll in, every student is eager to see what grades they received in their classes. Straight A students get whoops and shouts of joy, and anything else gets a satisfactory shrug. Every student strives to get a 4.0 GPA on their report cards, and this isn’t a bad thing. It shows the self-motivation each student has, and also the goals they have set for themselves. But what happens when students are willing to sacrifice anything just for a 4.0? There is a great emphasis put onto grades in the school systems today—and not for the better.

First, having too much emphasis on grades causes a lot of stress and potential health issues. Grades always seem to be a stressful topic. Students are always worrying about getting a good grade on a test or a homework assignment. If there’s a test coming up, students are often seen studying all night to prepare for the test. This results in less sleep, which can lead to health issues in the future. Also, an announcement of an upcoming test is commonly responded to with groans from the students. Why is that? Because students are being given yet another thing to stress about. Tests have become less of an assessment of the students’ abilities, and more of a desperate race to get a good grade. An article from NBC News says that the’ “school-year stress levels of teens are far higher than they think is healthy and their average reported stress exceeds that of adults. According to an annual survey published by the American Psychological Association, the agency’s Stress in America survey has shown that 30% of teens feel depressed because of the “pressure to perform well day in and day out”. All this stress comes from the pressure that has been put on students to get good grades.

Next, talking about grades today results in competition and judgement. Nowadays, grades almost seem to define us. If you have failing grades, then the natural response is that you are dumb and you won’t have a good future. If you have a perfect 4.0, then you’ll obviously get into a good college and have an amazing life. Since when did your grades determine your intelligence? Your future? Take Steve Jobs for example. His GPA in high school was 2.65, meaning he received mostly Cs and Bs. However, Steve Jobs became a billionaire who changed the world with his ideas. He was living proof that your grades in school don’t always reflect your abilities. However, the emphasis on grades is now resulting in these twisted ways of thinking. Furthermore, grades also result in competition. Students often compete to be the top of the class and if they aren’t top of the class, it results in jealousy. I have seen a student get upset with another student just because they got into a higher leveled class. Grades are putting too much pressure on us, to the point where arguments occur because of them.

Finally, the emphasis on grades results in students who study excessively. Although some studying is good for the learning experience, students who don’t do anything else but study are sacrificing their lives for their grades. There is more to life and to school than just studying. They’re about exploring new things, and these “new things” don’t all have to come out of studying. I have often had to postpone or cancel events because of homework or a test. Students are losing their chance to do fun activities due to their grades. I have seen a student turn down an offer to go on an outing over the weekends due to studying for a test. Not only do students miss out on life, they also miss out on sleep. An article from Rising Star Magazine states that “the typical [high school] student….sleeps around 7 hours per night.” This is due to staying up all night studying. Some people say that good grades are helpful to getting into a good college, hence the emphasis on them. Although this is true, colleges don’t only look at grades. They also look at the other activities that students participate in outside of school. Those activities are very much as important as the grades.

The emphasis put on grades is causing stress, competition and judgement, and excessive studying. Although grades are important, there shouldn’t be so much pressure put on students to get good grades. There is more to a good student than just their grades. School districts should rethink their curriculums for schools and the way that they see grades. Grade are starting to break students apart. If you put a rock under pressure, it can become a diamond. But too much pressure will grind the diamond into dust.

Previous The Bullet Journal
Next Developing the Next Instagram