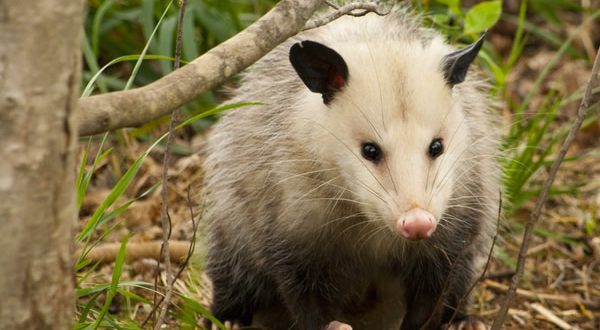 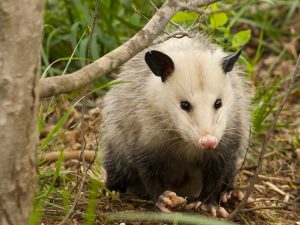 “What even are possums?” you may ask. Great question! Some people fear possums because of their sharp teeth. However, just like with most other animals, possums are not harmful unless provoked. In Victoria, Australia, these docile marsupials are endangered. Possums are dependent on big, old trees and ash forests for survival; unfortunately, the number of trees is decreasing due to fires and logging, directly affecting the ability of possums to survive.

The fairy possum went from being listed as endangered to critically endangered after an intense wildfire in 2009. To illustrate this, the satellite image by the IUCN shows the heavily burned areas in the fairy possum habitat range. Scientists have indicated that because of this, possums have declined by over 40 percent since 2009. 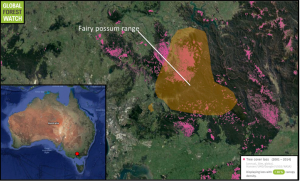 Conservationists have proposed an idea that could help the survival of possums. They state that protected area expansion can help fairy possums to survive and they have done research in order to discover where these areas should be. Studies concluded that protected areas in the fairy possum habitat could increase from 30 percent to as high as 62 percent. Yet some researchers have questioned if this will hurt other wildlife as the fairy possum habitat is not identical to other wildlife habitats. As a result, the researchers believe that improvements need to be made in the technique and design of conservation reserves for critically endangered species.

Cindy is senior at Henry M. Gunn High School and is incredibly honored to be a part of the Rising Star Magazine team. She enjoys belting out Disney songs, playing piano, watching Chinese dramas, and babysitting. Cindy serves as California DECA's VP of Silicon Valley and is also the singing teacher at FCSN and the President of HEARTS Nonprofit. She can be contacted at cindy@risingstarmagazine.com
Previous The Therapeutic Value of Apples
Next A Different Style of Entertainment