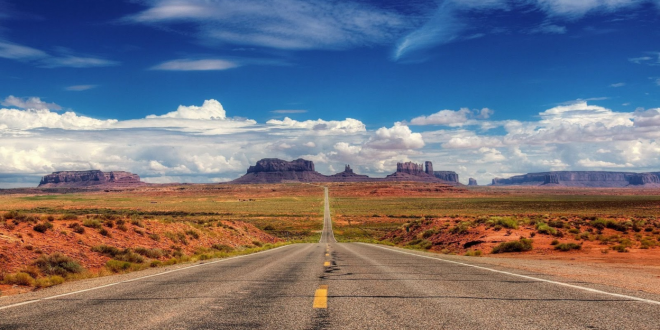 Origins of the Interstate: Highways 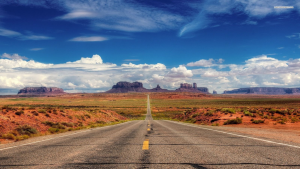 Highways are something we take for granted. We use them to travel to work, the airport, and even home, but most of us never even think about these critical components of cities and inter-city travel. These massive infrastructure projects were the unintentional outcome of a failed project during arguably one of the most tense time periods of the modern world.

As Europe was recovering after World War II, the United States and the Soviet Union emerged as clear world superpowers. With the successful tests and use of atomic bombs near the end of the war, the United States hoped to be superior to any other nation, but the Soviet’s intricate network of spies led to the their own bomb in 1949. With the threat of Mutually Assured Destruction (MAD) looming over the world throughout the cold war, the US almost unanimously voted to increase its military potential to counter the Soviet buildup of their arsenals.

Faced with the inability to transport large number of troops across the country in a short period of time, President Dwight D. Eisenhower signed the National Interstate and Defense Highway Act, or Federal Aid Highway act of June 29, 1956. This, he believed, would be a strategic and key strategy to have the upper hand in a defensive situation. His decision was also partly affected by his observations on the German Autobahn (Highway) system during World War II, and his personal experiences crossing the continent in 1919 as a part of the Transcontinental Motor Convoy.

It was a small and insignificant decision at the time, but proved to be an essential addition to our infrastructure. 41,000 miles of highway and turnpikes were laid for military purposes, but as the Soviet Union collapsed, the military lost interest in the project. Civilians saw potential in the program, and the proceeded with it. The National Interstate and Defence Highway Act then turned out to be one of the largest public works of all time. Today, we use these roads for a different purpose. We need these expressways in our daily lives, and we would not be able to get anywhere without these roads.

This shows that many things may be used in many ways, and does not necessarily have to be the expected outcome. If you do not succeed at a something at any point in your life, you should not consider your work wasted time. It may be evolved and changed to be something much better, and I’m sure the Interstate System can vouch for that.

Cindy is senior at Henry M. Gunn High School and is incredibly honored to be a part of the Rising Star Magazine team. She enjoys belting out Disney songs, playing piano, watching Chinese dramas, and babysitting. Cindy serves as California DECA's VP of Silicon Valley and is also the singing teacher at FCSN and the President of HEARTS Nonprofit. She can be contacted at cindy@risingstarmagazine.com
Previous What’s Happening to Michigan’s Weather??
Next The Trip Back: Adapting to A Different School System