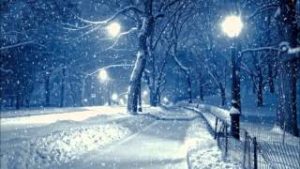 It seemed like just yesterday when I was eagerly waiting for a snow day that never came. Living in Michigan, we usually have inches upon inches of snow, and multiple snow days a year. This year’s lack of snow was disappointing to many. There’s no use for painfully cold weather unless it’s snowing.

Then, March came, and I was eagerly waiting for spring weather and flowers blooming. Yet again, I was faced with disappointment. The weather was still cold; in fact, a couple days it snowed more than it did on a day in December. Even in April, it would be warm for a week, then cold again, and then it would randomly snow one day.

Usually, us Michiganders are accustomed to this unpredictable weather. Michigan is a temperate zone, which means that it’s in between the colder northern area and warmer southern area (although I think it is more cold than warm…). Another contributor to Michigan’s unpredictable weather is the Great Lakes. These large bodies of water surround Michigan which affects temperature and precipitation. So sure, Michigan is known to have moody weather, but this year was by far the strangest.

The warm winter led me to wondering what in the world was going on. Climate change and global warming are huge topics nowadays. People are always wondering whether it’s true or not. I never really bothered to formulate my own opinion, but after this year, I have to say that something is definitely happening. I believe that climate change is certainly contributing to the warmer temperatures. According to many studies, climate change will cause Michigan to have warmer and more extreme weather. Warmer temperatures could definitely be a positive thing, especially after the brutal winters we’ve had the past few years. It will even extend the growing season which will help Michigan’s agriculture. Many will be happy that the cold days seem to be behind us, but if these studies are true, it looks like my future will have a lot less snowman building, snow ball fights, and of course, snow days.

Cindy is senior at Henry M. Gunn High School and is incredibly honored to be a part of the Rising Star Magazine team. She enjoys belting out Disney songs, playing piano, watching Chinese dramas, and babysitting. Cindy serves as California DECA's VP of Silicon Valley and is also the singing teacher at FCSN and the President of HEARTS Nonprofit. She can be contacted at cindy@risingstarmagazine.com
Previous Getting Rid of Pimples
Next Origins of the Interstate: Highways